Local theater companies bring the holidays to the stage. 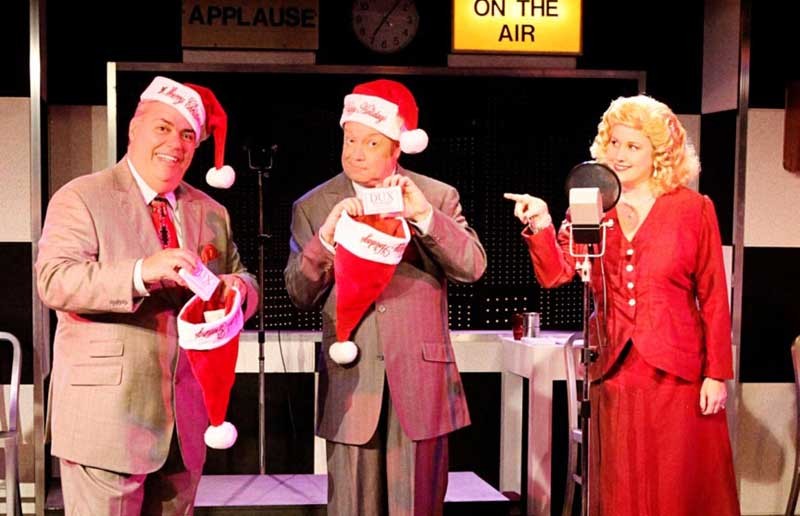 As the old Christmas tune goes, it's the most wonderful time of the year, and the local theater scene has done everything in its power to make sure of it. Whether your idea of perfect holiday entertainment is mountain folk songs or men in drag — or a little of both — Richmond theater companies are going the extra mile.

This premiere holiday musical follows the Christmas pilgrimage of a hardscrabble group of Appalachian residents to the land they once called home. "Between 1916 and the late 1930s, the U.S. government displaced hundreds of families to create the Shenandoah National Forest," says Bruce Craig Miller, Barksdale's artistic director and author of the holiday musical. Featuring Appalachian folk arrangements by H. Drew Perkins, the show, which runs through Jan. 8 at Hanover Tavern, draws heavily from the same cast as Barksdale's "Smoke on the Mountain" trilogy.

"A Christmas Carol for Two Actors"

Richmond Shakespeare's Grant Mudge and Cynde Liffick will stage "A Christmas Carol for Two Actors" for the 14th and final year. Mudge originally performed the play as a one-man Christmas present for friends every year. "I soon realized that the living room was getting a little crowded," he said, so the show was adapted for two and brought to the public. Mudge, who will step down as artistic director at year's end for personal matters, has shared the stage with Molly Hood, Jennie Meharg and Julie Phillips through the years. But the final performance will costar Liffick, the role's originator. This popular show runs Dec. 15-24.

This world-premiere production, which runs through Dec. 17, is about the women of the National Ladies Organists League putting on a holiday musical show. "It's a sequel to one of the most successful plays ["The Stops"] we've ever produced," says Philip Crosby, Richmond Triangle Players' artistic director. In 2006 the Triangle Players won four awards when they took that show to the Columbus National Gay and Lesbian Theatre Festival. "You can take your kids to it as long as they're OK with big, tall ladies — that are actually men," Crosby says.

"It's a Wonderful Life: A Live Radio Play"

As if the holiday season didn't have enough madness, Swift Creek Mill Theatre is putting on two shows simultaneously in the same space, changing sets every day. "It's a Wonderful Life: A Live Radio Play," an "on-air" version of the Frank Capra movie classic, will be performed as if the audience is witnessing the broadcast of an old-time radio show, complete with sound effects. "People will find it both new and recognize it at the same time," says Tom Width, artistic director for Swift Creek Mill Theatre. The show runs through Dec. 31.

The theater also is producing "Drifty's Snowball Soup" for the 20th year in a row. The 45-minute musical is rewritten every season by resident music director Paul Deiss, and has become a holiday tradition for school groups. The children's musical is open to the public Dec. 3, 10 and 17.

"A Very Stage B Holiday: A Winter Celebration"

The young company Stage B will hold a holiday cabaret at Gallery5 with catered food and drinks Dec. 9. "We'll be playing scenes from our earlier shows 'Brew' and 'Reasons to be Pretty,' as well as a preview of 'Edges: A Song Cycle,' our spring musical," says Tommy Callan, co-artistic director for the company.

"Amahl and the Night Visitors"

In its 50th consecutive year, this holiday opera will be presented free by the Richmond Department of Parks, Recreation and Community Facilities at the Landmark Theater on Dec. 5.

The Charles Dickens classic will be performed by both Theatre IV (Dec. 17) and Randolph-Macon College (Dec. 9-15).