Studio has kept livestreaming through the pandemic and will be moving to a new location this summer. 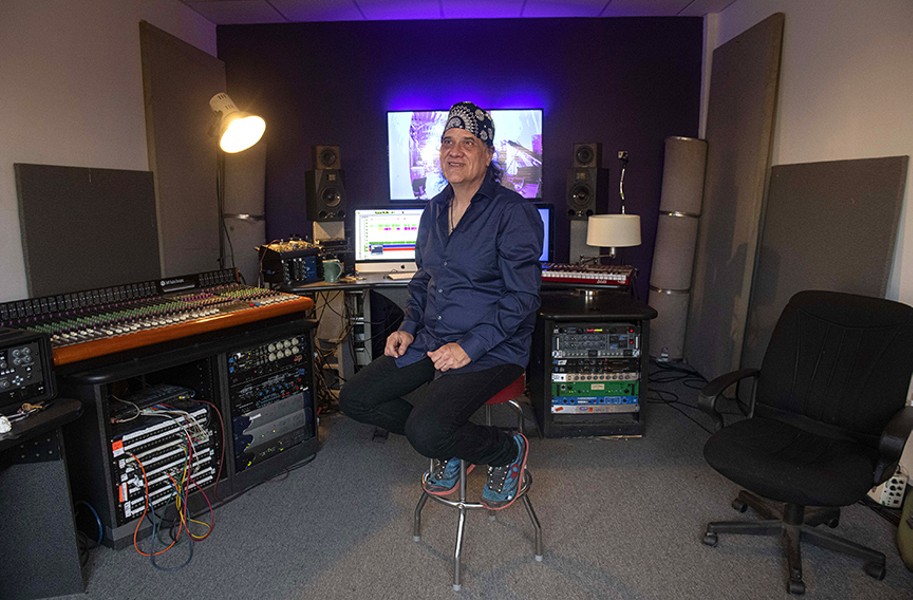 Scott Elmquist John Morand, engineer, producer and part owner of Sound of Music, says that the legendary recording studio soon will have a new home on Brook Road.

When life handed it lemons, Sound of Music Recording Studios made livestreams.

Forced to become resourceful in the face of a potentially catastrophic loss of income due to the coronavirus, the 27-year-old studio weathered the storm with nary a break in its scheduling.

“It actually hasn’t been so bad of a year,” admits Sound of Music engineer, producer and part-owner John Morand. “We’ve been able to adapt.”

Suddenly unable to record bands or hold live events, the Richmond institution – which has played host to acts as varied as Gwar and Hanson – shifted its focus to mixing, livestreaming, and shooting and editing videos.

“Our first show that was canceled was March 20,” Morand says, “and somewhere during the middle of April, we were doing livestreaming. We did something like 30 live shows.”

In late 2020, Morand and his partners, Bruce Smith and Wallace Dietz, sold the Scott’s Addition building from which the studio has operated since 2016. “The building got to be too valuable,” Morand explains, “and [the studio] was 12,000 square feet and we were only using 2,000 of it.”

Making a mutually beneficial lease arrangement with LiteTek Entertainment in Manchester, Morand and company made a temporary move to LiteTek’s facility, where, with access to cameras and lighting, they were able to continue to produce music in a variety of audio as well as video formats. The studio will move to its new permanent location on Brook Road this summer.

Despite a transitional year, Morand remains positive about the future and expects to stay busy. “I think COVID triggered a lot of creativity in people that just wanted to make music all of a sudden,” he says. “I really do think a lot of people thought ‘If I’m gonna die, I’m gonna get this record recorded before I do.’”