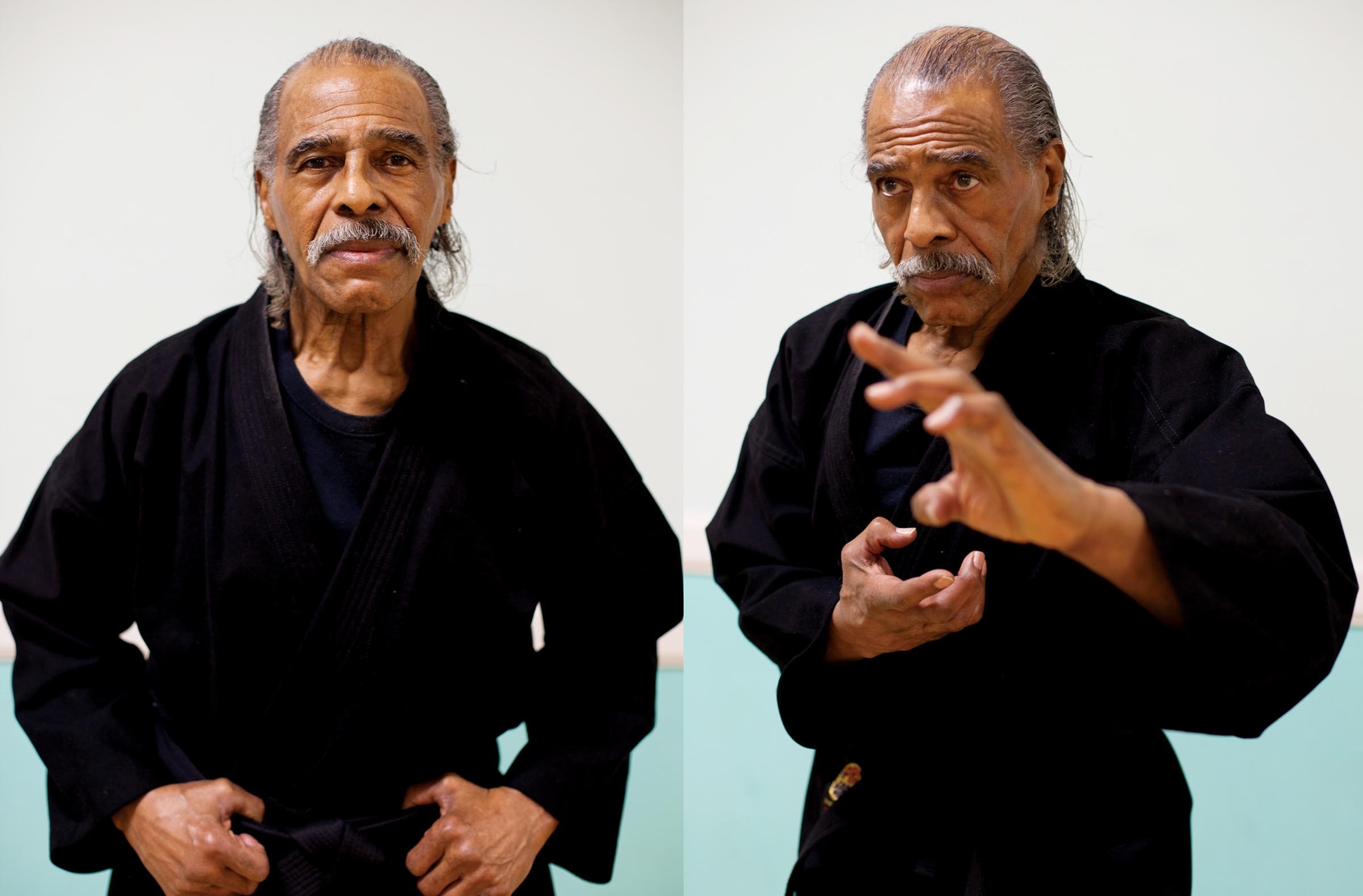 He heard them kicking and screaming in the basement. So Sonny Strong joined in. Forty-two years later, Grandmaster Sonny Strong, 79, still lugs his body to the downtown YMCA, on West Franklin Street, to teach karate classes. Style Weekly asked the sensei about his perspective on life, good health and all those jumping jacks.

Style: How did you come to karate and what's kept you at it all these years?

Strong: In 1970, the karate class was in the basement of the Y, near the weight room. I used to be in the weight room working out, and I would hear them in the class. On my breaks, I would go down the hall and sit a few minutes and watch. One day I talked to the instructor, asked him how much the class was. I told him my age, 36. He said it didn't matter my age, so I gave it a try. After two or three months, the instructor told me I was ready for my blue belt test. Before then, there were a couple times I wanted to quit. It seemed like I couldn't catch on to the basics. But when I got that blue belt, I just wanted to train harder for the next belt. And the next. I've never wanted to stop.

What does karate mean to you? Is it an art, a sport, self-defense, a mental practice, all of these?

For me, it's good self-defense. Also when the class is over, it makes you feel relaxed. Before you come to class you might have a lot on your mind, like wondering how you're going to pay your bills. But once you get here, you erase all that. Karate helps you forget about that worrying, helps you get yourself together.

How has your class changed or evolved in the 30 years you've been teaching?

When I started teaching in 1978, I started in this room right here. And this room was so packed, we had to break the class in half. The class was real big for years, all through the '80s. Then when the '90s came, the class started thinning. In the 2000s, people lost interest in the martial arts. Since then the class has been small. I still have a few of the people I promoted to the black belt with me today, but I don't have many students anymore because my class, it's hard. There's a lot to it: exercises, drills up and down the floor with blocks and then with kicks. We do a lot of self-defense and takedowns — no one gets hurt — but it takes a lot of energy. In the '80s we used to do a thousand jumping jacks nonstop. And I've always worked out right alongside the class. A lot of instructors teach but they don't work out. They figure their day is over with, but I believe working out with the class is a better way to teach.

How has karate helped you to stay feeling young and healthy?

Well, what's going to come is going to come anyway, as far as health is concerned — believe me! But instead of getting off work and going home and sitting around watching TV, having the karate class two nights a week, it makes you last longer. There are a lot of guys at the Y here who say: "Sonny, hey man, you look good for your age. Keep on doing what you're doing." They like to joke with me and tease me. After they get done teasing, they say: "You know why I mess with you so much? If I live to be your age, I want to be just like you." When they walk away, they leave me with tears in my eyes.

I'm going to stay active as long as I can. I don't believe in giving up. I've been having problems with my feet. Maybe they'll wear out, but if I have to drag my feet, I'll still work out in martial arts. I'll hang in there as long as I can. S