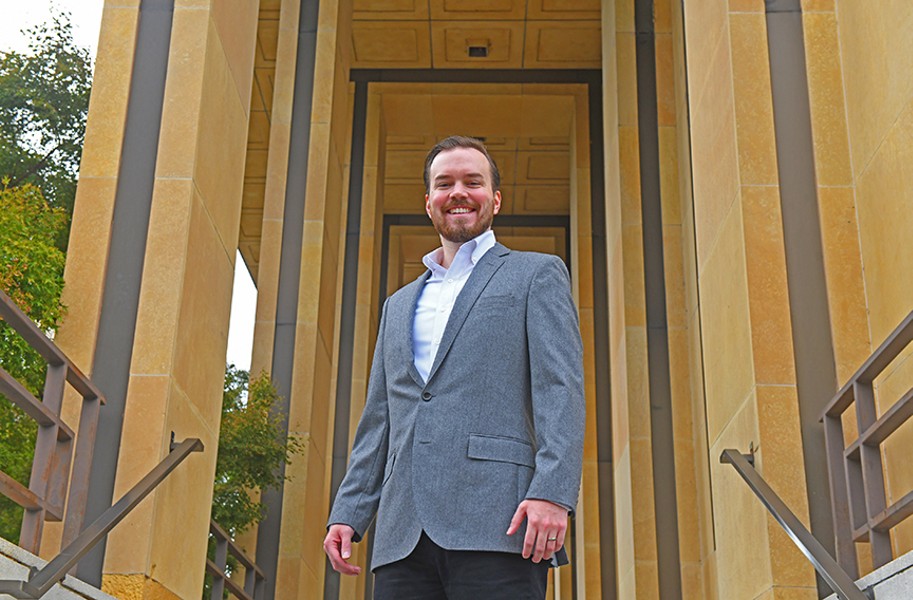 The headlines were huge, access to clear information was miniscule.

Last fall, Mayor Levar Stoney announced his intention to enter negotiations with the NH District Corp. to replace the Richmond Coliseum and redevelop a 10-block area of downtown. The $1.5 billion plan came with 30-year bonds, an 80-block, tax-increment financing district and far-reaching ramifications on public resources.

A few weeks later, Justin Griffin was at his in-laws’ house for Thanksgiving. During some down time, he was holed up in his wife’s childhood bedroom, pouring over a financial report commissioned by the mayor.

“I just kept reading through,” Griffin recalls, thinking, “This is not saying what they say it’s saying.”

As an intern for the state, Griffin toured Virginia to help small business owners. That’s where he concentrated his legal practice, seeing a need for clear understanding of complex issues that helped owners focus on priorities.

He spotted similar issues with the Navy Hill proposal and is concerned it will hurt Richmond for decades. He started NoColiseum.com and became a leading voice calling for public access to information and truth in advertising about the project.

The Times-Dispatch and Style have published his opinion pieces, he’s spoken at City Council and the Richmond Crusade for Voters, and has been called upon as a resource by Newsradio 1140 WRVA, WRIR 97.3 FM and 8 News.

Griffin always followed city development, he says, but this issue spurred him to action: “You either have to stop caring or you have to step up and do something about it.”