Richmond Triangle Players’ “The Cake” is a crowd-pleasing comedy at the crossroads of the personal and political. 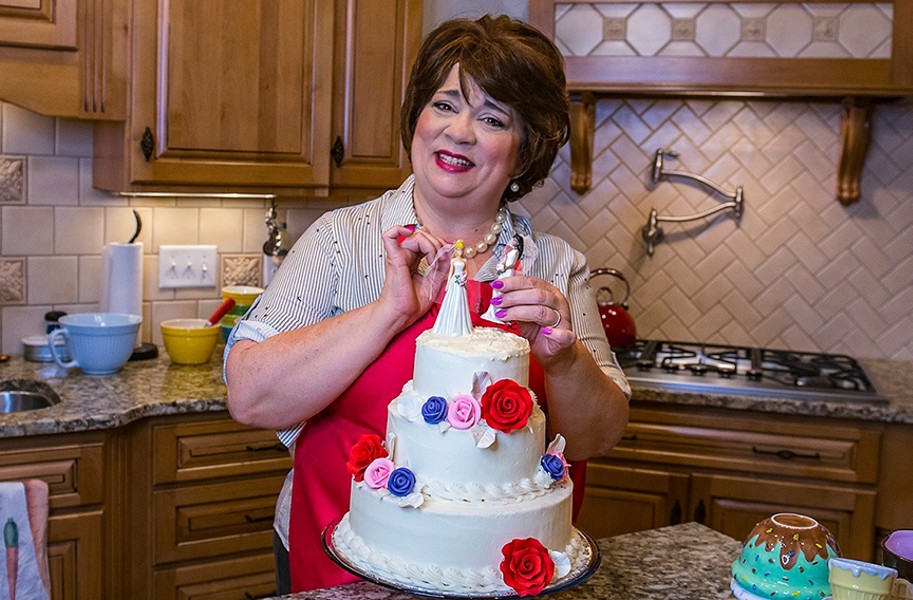 Terri Moore delivers “a fully fleshed-out performance” as Della, a North Carolinian baker who receives a request for a wedding cake from a lesbian couple.

Though same-sex couple Charlie Craig and David Mullins planned to marry, they found they could neither have their cake nor eat it too.

In perhaps the best named Supreme Court case of all time, the complainants in Masterpiece Cakeshop v. Colorado Civil Rights Commission reported a Colorado bakery to state officials after being denied a custom wedding cake. The reason? The owner of the bakery disagreed with same-sex marriage because of his religious beliefs.

The court ruled against the couple in 2018 on the narrow grounds that the rights commission did not use religious neutrality in its determination, but the case brought to the fore conversations about antidiscrimination laws, freedom of speech and whether businesses can deny service on the basis of religious beliefs.

Inspired by these real-life events, Richmond Triangle Players’ play “The Cake” concerns a North Carolinian baker who must weigh her principles against a request for a wedding cake for a lesbian couple.

In an opening monologue about baking that also represents her worldview, Della (Terri Moore) tells us that the craft of making cakes is one of exactitude. If you try to substitute ingredients or fudge the portions, you’re asking for trouble. Her conservative point of view is challenged when Jen (Nicole Morris-Anastasi), the daughter of Della’s deceased best friend, comes back to her hometown from New York with the news that she’s getting married to a woman.

When Jen asks Della to make a cake for the wedding, Della says she’s too busy, but the denial incites a deliciously funny exploration at the crossroads of the personal and the political.

From the outset, this is Moore’s show. Hilarious while remaining sympathetic, Moore gives a fully fleshed-out performance as a woman trying to wrestle with competing ideologies. She’s Southern sweetness without being sticky and between her takedowns of vegan pastries and her surrealist asides where she dreams of competing on a baking show, Moore had the audience in stitches opening weekend.

As the daughter she never had, Morris-Anastasi carries more of the grunt work of the show as her character tries to balance having one foot in her conservative upbringing and one in the ultraliberal world where she now resides. Her most affecting scene comes when she relates her character’s early views and experiences of sex with men. As Jen’s fiancee Macy, Zakiyyah Jackson brings righteous indignation to her role as a lesbian who’s more comfortable in her skin than Jen.

Playing Della’s husband Tim, Gordon Bass is funny as well — without giving too much away, Bass’ performance will change your view of mashed potatoes forever — and eventually lets his Good Ole Boy facade give way to show his own vulnerabilities.

Written by Bekah Brunstetter as a way to explore her North Carolinian father’s opposition to same-sex marriage, “The Cake” has more of a message than your average comedy but manages to steer clear of being preachy. The show’s resolution is an unpredictable one, and Brunstetter’s touching on topics like what it means to be a victim of cancel culture is admirable.

Led by a sterling comedic performance and Dawn A. Westbrook’s occasionally raunchy direction, “The Cake” is a crowd-pleasing morsel of show that reflects the world we inhabit.