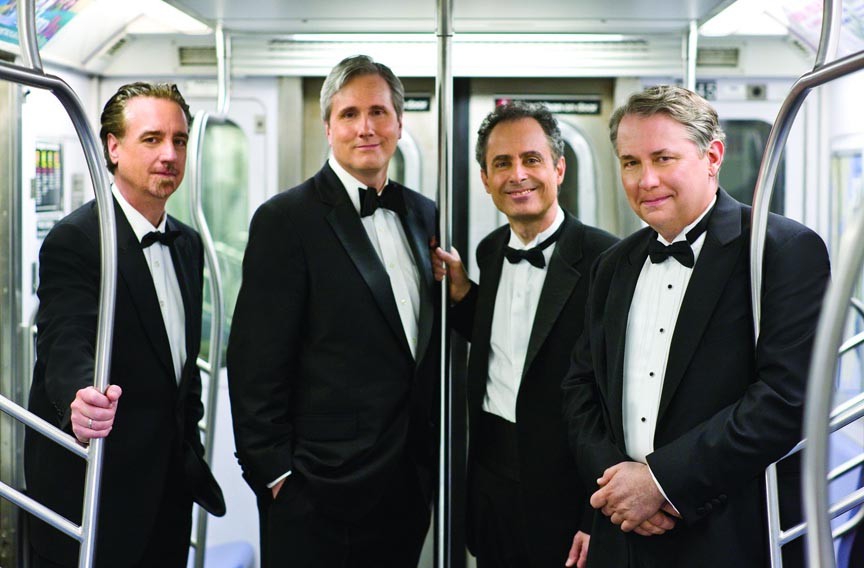 Pop quiz time. How can you tell that the Emerson Quartet is one of the best string quartets in the world?

a) Its recording of the complete Shostakovich Quartets won a Grammy Award in 2000.

b) It performed in a theatrical biography of Shostakovich in New York, Paris and Moscow.

c) The wife of Aleksandr Solzhenitzyn came backstage after the Moscow concert to tell the musicians how meaningful their performance was.

d) All of the above.

The Emerson Quartet will play Shostakovich's Quartet No. 5 to close out the season for the Mary Anne Rennolds Chamber Concerts series at Virginia Commonwealth University. The 1952 work is filled with "incredible sadness and turmoil, but it's transforming," says Lawrence Dutton, the Emerson's violist.

"It's hard for us [in the United States] to imagine what it's like to know you might die for making a radical statement," Dutton says. But Shostakovich, like Solzhenitzyn, faced that possibility. Hearing the musical representation of life in Soviet Russia is more emotionally direct than reading about it or watching a documentary, Dutton says.

Your friend, a violinist, is getting married. You should give her:

a) The cheapest thing on the registry.

b) The most expensive thing on the registry.

c) Forget the registry; give her the Emerson Quartet's 1997 Grammy Award-winning set of the complete Beethoven string quartets.

Stephen Schmidt, director of the Rennolds series, says he once asked a friend what she really wanted as a wedding present. "It wasn't the pillows or the towels that she had registered for," he says. "It was the Emerson's Beethoven recordings."

The Emerson Quartet — which has more than 30 albums and nine Grammy Awards to its name — will perform Beethoven's String Quartet in A minor, opus 132. Beethoven's quartets are "journey pieces," Dutton says. "They're extraordinary in scope."

For Dutton, performing Beethoven feels much different now than it did when the quartet first formed in 1976. "You gain more and more experience, you dig deeper into the possibilities," he says. "All I know is that I understand this music better. ... But it never changes that we're searching for better ways to communicate" musically with each other and with listeners.

This will be one of the last chances to hear the quartet in its current form. David Finckel, the cellist since 1979, has announced his departure in 2013. Paul Watkins will replace him. The Rennolds series' 2012-'13 lineup will be announced at Saturday's concert. Among the artists on the schedule are violinist Jennifer Koh and pianist Jeremy Denk. S

The Emerson Quartet performs Haydn, Shostakovich and Beethoven at VCU's Singleton Center on May 5 at 8 p.m. $10-$32. For information, go to vcumusic.org.