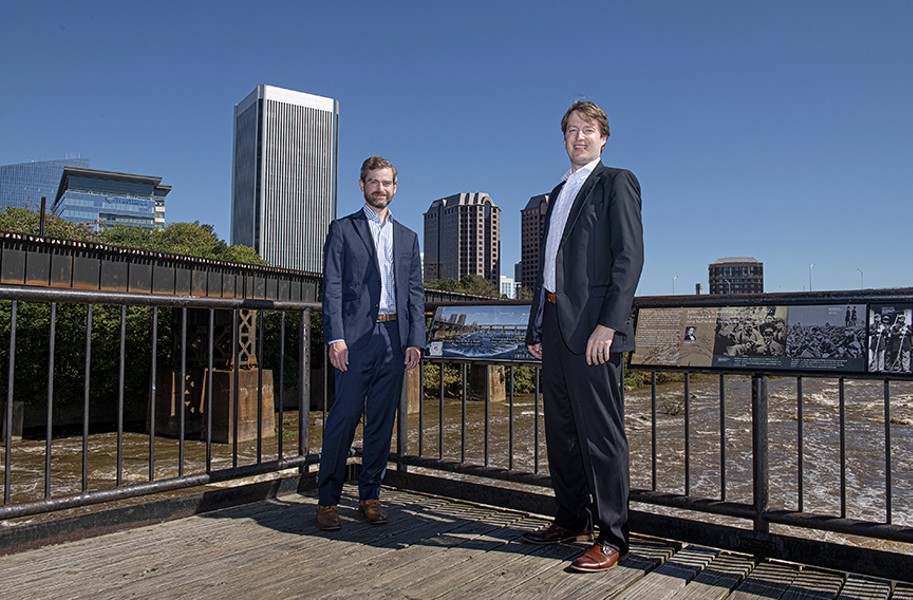 Even before protesters gathered at the John Marshall Courthouse this summer to seek an extension of a freeze on evictions, the issue had seized headlines. Richmond served as the dateline of an April 2018 New York Times article, reporting the city as having “one of the highest eviction rates in the country.”

The story jumped out at lawyer Joshua Hanbury. Despite working on pro-bono housing disputes since 2010, he says he didn’t realize the extent of the crisis: “I frankly did not now how systemically bad things were.”

In response, the city launched the Richmond Eviction Diversion program in 2019, working with Housing Opportunities Made Equal and the Central Virginia Legal Aid Society. The goal is to help tenants and landlords reach resolutions that benefit both sides.

Hanbury says the court system may not have the best interests of either party in mind when it comes to evictions. It’s also a dire consequence for a tenant when in many cases the issue could be worked out.

“I think the greatest issue is that the primary remedy that a landlord really has for someone who’s not paid their rent is to take them to court and threaten them with homelessness, essentially,” he says.

Through the Greater Richmond Bar Foundation, Hanbury helped recruit volunteers to work with the new program. After the first year, he says, “we were seeing early dividends with people who would qualify and go through the financial literacy classes that were a part of the requirement to tap into the Housing Opportunities Made Equal money.”

That was before the pandemic disrupted the process and courts shut down. But programs like this “are indispensable, really in any community that doesn’t want homelessness.”

A Norfolk native, Hanbury attended the University of Virginia. After graduating from the law school at University of Richmond, he joined Hunton, where he met Brian Wright.

The two have worked on housing issues through the Greater Richmond Bar Foundation Triage Program, which helps centralize lawyers who volunteer to focus on an issue where there’s a need for pro bono legal services.

Wright, who grew up in central Pennsylvania, started his career in the Defense Department before starting law school at U.Va. when he was 26. He moved to Richmond in 2012 to join Hunton, where he met Rita Davis, now counsel to Gov. Ralph Northam.

She encouraged him early on to take on landlord-tenant cases in his pro-bono work to get courtroom experience. “Rita’s very persuasive,” Wright says, “and I thought that sounds good.”

Wright’s work focuses more on such disputes as getting security deposits back, defending people being evicted and making sure landlords make repairs that tenants deserve. He serves as the lead coordinator for security deposits and repair issues for the bar foundation’s triage program.

There’s a big gap of legal services that aren’t accessible to low- and middle-income people, Wright says. “There’s a mismatch in incentives.”

Wright and Hanbury both volunteer with the Legal Aid Justice Center.