Drummer Brian Jones has returned to his first love with a variety of collaborations. 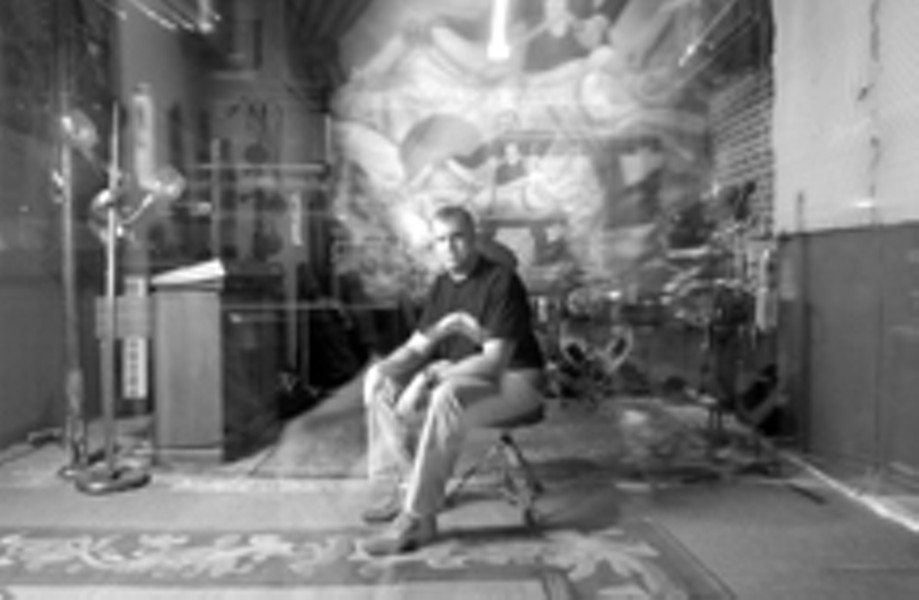 At the same time, he began to explore jazz, taking private lessons from Virginia Commonwealth University jazz studies drummer Howard Curtis. “He is a great teacher,” Jones says, remembering lessons that were as much about history as technique. He credits Curtis with introducing him to Ornette Coleman’s “The Shape of Jazz to Come,” Miles Davis’ “Filles de Kilimanjaro,” the Dutch iconoclast Han Bennick, and New York downtown players like John Zorn and Bill Frisell. The expanded musical vocabulary enriched the Agents’ sound.

“After graduation, we got a booking agent, bought a van and hit the road,” Jones recalls. “I played jazz every Monday with musicians from VCU at City Café. Tuesday through Thursday, the Agents would play somewhere in the area, and we would travel down south or up north for the weekend.”

The Agents’ growing national success soon swallowed all of Jones’ time and energy. The glory and grind of ceaseless touring honed and polished his skills, but wasn’t completely satisfying. “I was playing rock,” Jones says, “but thinking about improvisational music.”

Agents of Good Roots peaked somewhere just short of breakthrough, fated to be an opening act often better than the headliners. After their final performance on New Years Eve 2001, they disbanded amicably.

Jones started making up for lost time, reconnecting with the local jazz scene and launching into a variety of projects documented in a series of self-produced CDs sold at his performances. His current working bands include a Velvet Underground tribute, an electronic keyboard trio, a two-sax quintet, and a double quartet.

Velvet Underground influences infuse alternative rock, but Jones’ trio “Boots of Leather” may be the first jazz ensemble to tap into their dark, doom-tinged sophistication. “They used drones and dissonance, speeded up and slowed down — used a bunch of techniques no one has used since.” Jones’ trio, including ex-Agent Kuhl and bassist Curtis Fye, approaches the music from the inside without the baggage of lyrics, using the Velvet’s avant-garde ideas as a springboard for improvisation.

The heart of the Velvet’s sound was the primal, unconventional drumming of Maureen Tucker. “Her playing was so bizarre,” he says, “but it was perfect for that band. If a unique sound equals greatness, then her fresh approach made her great.”

Building a group around a distinctive sound is a hallmark of Jones’ approach. His Wurlitzer Trio was formed around the unique touch of local pianist Daniel Clarke. “I wanted to do something chordal — none of my other projects has a keyboard — but I didn’t want it to sound like a typical piano trio.” The Wurlitzer’s retro-electronic, wah pedal sound was the perfect solution.

And Clarke, who plays with lyrical abandon, is an ideal collaborator. “He’s hanging on every note,” Jones says, “and he’s an incredible sight reader, as is bassist Randal Pharr. It made it real easy to put together.”

The admiration is mutual, according to Clarke. “Brian is so naturally gifted,” the pianist says, “that he can come up with compositions so beautiful, so natural, they make perfect sense.”

The Brian Jones Quintet expands the “Boots of Leather” trio with second saxophonist Colin Killelea and clarinetist John Winn. The band crystallized around the chemistry between Killelea and Kuhl, who play together in the Devils Workshop Big Band. “[Charlottesville trumpeter and composer] John D’earth once said that Colin plays like an old man and J.C. like a hothead,” Jones recalls. “The combination is combustible.”

Jones is pleased with “Spell Cannon,” the quintet’s first CD. “It has a nice balance,” he says, “a good juxtaposition of composition and improvisation, groove beats and pulseless free-playing.”

The quintet is the favorite among his projects, at least until he hears the results of his latest session — a double quartet featuring a second drummer. Brian Jones may have come home from the road, but his musical journey is just beginning. S