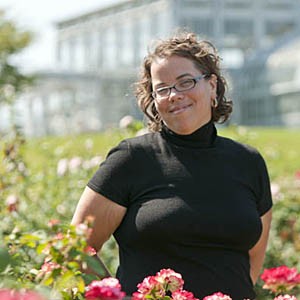 How do you know when your nonprofit has a successful social media platform? Is it when 3,836 people like it? When 4,389 people follow it? Or when a grandfather reaches out to you through Twitter to ask for help getting his grandkids excited about nature?

For Jonah Holland, public relations and marketing coordinator for Lewis Ginter Botanical Garden, check all three boxes — but care most about the last.

Holland, who joined Lewis Ginter in 2008, has helped grow the organization's social media offerings — which include a blog, Twitter account, YouTube channel, Facebook page, podcasts and a Flickr photo stream — into a robust community outreach tool for the garden, which has experienced a recent swell in general admissions and more than ever is a heavyweight among Richmond's museums. Representing Lewis Ginter, Holland even won a kind of Oscar of the Twitter world — a 2010 Shorty Award in the cultural institutions category.

As an independent social media consultant to area nonprofits, Holland advises the Richmond Metropolitan Convention and Visitors Bureau and has contributed to social media discussions at the University of Richmond, the National Museum of the Marine Corps, the Virginia Association of Museums and Virginia Commonwealth University's Iraqi Young Leaders Social Media Initiative.

It's all part of Holland's love for connecting local people, organizations and events, whether she's oozing excitement with a flip cam over bull tadpoles on the garden's YouTube channel, advising nonprofits (“I only take clients when I can feel their passion,” she says) or reporting for the Near West End News, the community news blog she co-founded in 2007.

A native of Fairfax and a graduate of Virginia Commonwealth University, Holland says she fell in love with Richmond's vibrant but small-town atmosphere when she came for college. “That RVA hashtag,” she says, referring to Twitter — “you certainly feel it.”