Executive Director of the Democratic Party of Virginia 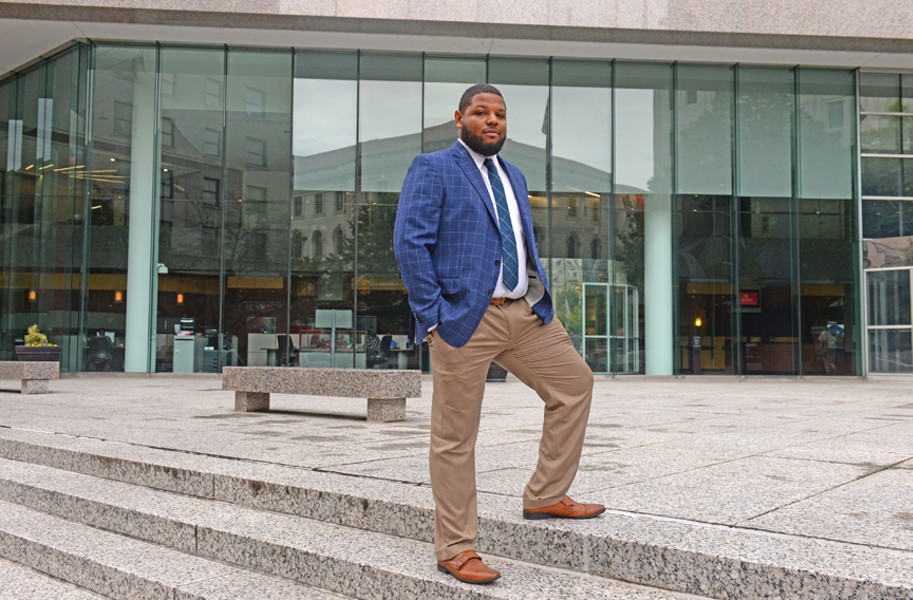 Chris Bolling got into politics in what he calls the "silliest way possible" — by watching the 2004 election. "Back then, I'm a 20-year-old black guy who grew up in the North Side of Richmond," he recalls. "I don't know a single person who likes George W. Bush. To me, it was impossible he could get re-elected."

The following year when Tim Kaine ran for governor, Bolling decided to volunteer, making phone calls and going door-to-door. After Kaine's victory, he was hooked. Since then, he's worked to help Terry McAuliffe get elected governor in 2013 and more recently, was political director for Gov. Ralph Northam's successful campaign.

As executive director of the Democratic Party of Virginia, Bolling oversees nominating processes and basically helps all Democratic candidates get elected. Medicaid expansion was an important victory for him — as well as reaching out to veterans, not traditionally a Democratic base, through a program called Mission First, which has worked specifically with Abigail Spanberger's campaign.

In his spare time, Bolling coaches and runs a youth basketball league in Henrico County. Looking back, he thinks politics has made him a more reasonable person. "It's incremental change even when you don't want it to be," he says. "Politics has also reminded me that people are people. Everyone has their issues."

He's cautiously optimistic about the upcoming elections — "I think we have a really good shot at picking up a few congressional seats, all our women have a chance," noting the Brett Kavanaugh effect.

Might Bolling consider the same path to politics as his predecessor who held the same job, Levar Stoney? "I didn't have aspirations until recently," he says, though he's mum on specifics. "The inspiration to serve is definitely a thing now."