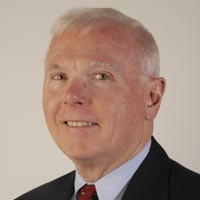 Race: Chesterfield County Board of Supervisors

Where do you live? Chester, VA, Lakewood Farms subdivision

Where did you grow up? Cleveland, Ohio

Why are you running as an independent?
As an Army officer I stayed out of partisan politics. I typically support the candidate who I think will do the best job in office. In my opinion, political party affiliation is no guarantee that an elected official will serve the people that he/she represents. Importantly, issues at the local level tend to be independent of party labels.

Why aren't you running as a Democrat or Republican? This begs the question that I am looking for a major party to join. The fact is, I have no such interest.

What are your signature policies and campaign issues?


- Represent all the citizens of Bermuda District - whether they voted for me or not.


- Ensure that development is consistent with the County's infrastructure.


- Ensure that the County tax rate does not force citizens from their homes.

Which political party do you more closely identify with?
I am generally conservative. As a conservative, I tend to agree with the conservatives of both parties. I worked for John McCain's presidential campaign several years ago. However, along the way I have voted for Democratic, Independent and Republican candidates at all levels.

What changes would bring you into the Democratic or Republican fold?
I am not seeking to enrich either party. I am interested in representing voters of all persuasions on issues that are important to them.

How did you arrive at your political convictions?
Experience has shown me that the elected officials, regardless of party affiliation, who fairly represent their constituents' interests are the best choice for the job. Partisan issues just do not matter.

Are you running to win, or running to bring attention to certain issues? In my opinion, there is only one reason to run for office - that is to win. Anything else is a waste of time and energy.

Is it wrong to steal office supplies? Yes.

What kind of car do you drive? '93 Ford Ranger Pickup.