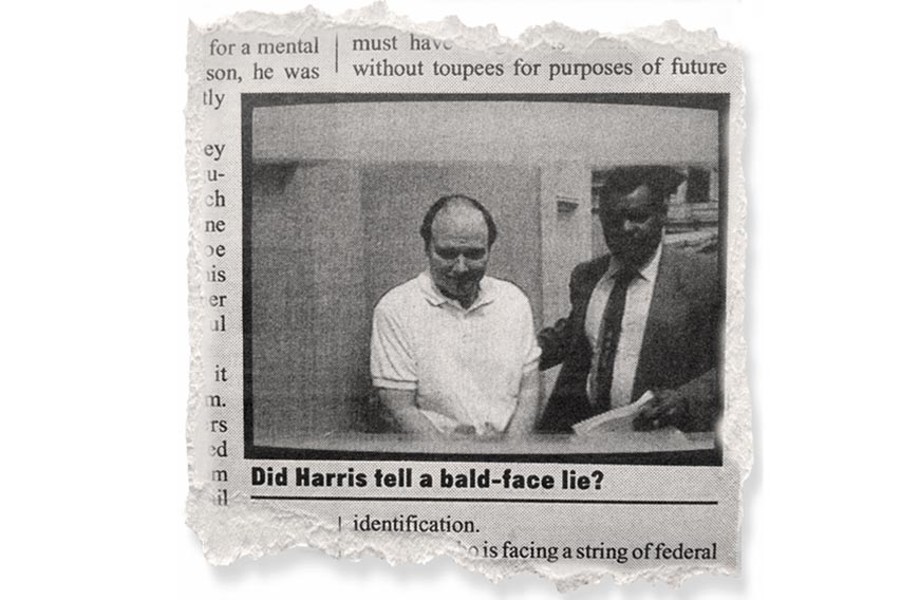 Former high-profile mayoral aide Joel Harris had just been indicted on charges that he traded cocaine for sex and was facing a string of federal charges of fraud and racketeering. With Harris' political ties stretching as far as Gov. L. Douglas Wilder's office, it was a major scandal. But on June 17, 1997, the biggest news was his toupee.

Joel Harris' secret is no longer under cover, so to speak.

In interviews for a June 3 cover story about Harris, several of Harris' friends and acquaintances told Style Weekly that the former City Hall politico wears a hairpiece. Harris, however, denied it.

But as Harris passed a gauntlet of news photographers June 12 after he turned himself into U.S. marshals for a mental evaluation at a federal prison, he was sans rug, exposing a mostly bald pate.

Federal marshals say they were just following regulations of the prison, which doesn't allow hairpieces, but one of Harris' attorneys, Joe Morrissey, says he believes his client was treated "in a rather disrespectful and shameful manner."

Morrissey adds, "I think it was done to embarrass him. Law-enforcement officers called the press and paraded him without his hairpiece from the courthouse steps to the jail and I found it to be extremely demeaning.

"You can prosecute somebody and make sure they face the music if they've done something wrong, but to kick somebody when they're already down and simply try to embarrass them and make life unbearable for them, I don't see the reason for that."

Some federal prisons allow inmates to wear toupees, but U.S. Marshal Ed Newman of the Richmond office says Harris was being transferred to a prison in Petersburg en route to his mental evaluation at a prison in North Carolina. The Petersburg prison doesn't allow hairpieces.

Newman says he believes Harris was not wearing the hairpiece when he entered the Marshal's office.