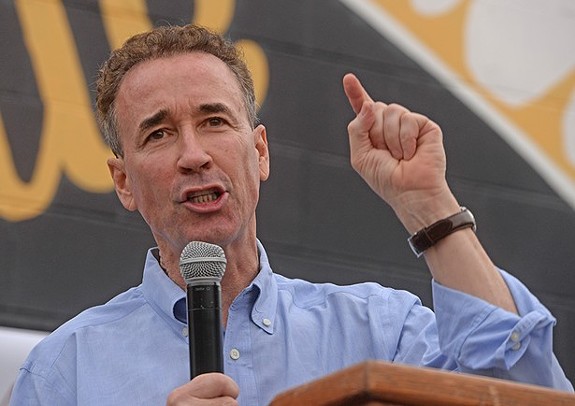 If Joe Morrissey bolsters his position in the East End and South Side, he could win Richmond’s eight-way race for mayor without a runoff.

That’s the picture painted by poll results out today from the Judy Ford Wason Center for Public Policy at Christopher Newport University.

The poll, conducted Aug. 18-24, is based on results of 600 interviews of registered Richmond voters. It cites an overall 4.9-point margin of error.

The results show Morrissey in a strong position 11 weeks from Election Day, holding a “commanding lead” in three precincts and a “more modest lead” in a fourth.

The lawyer and former state delegate also seems to fare well in two other districts -- one of which is the South Side home base of a mayoral opponent, City Council President Michelle Mosby.

A candidate must win five of nine city precincts to be elected. If no candidate reaches that bar, the two candidates with the most votes face each other in a runoff.

Morrissey, who announced his candidacy to the “Rocky Balboa” theme song in March, was the highest-ranking candidate on Style Weekly’s annual Power List, which was published last week.

In the issue, political analyst Bob Holsworth underscored the strength of Morrissey’s position. “I think he’s one of the few people who could win the five districts,” Holsworth said. “What he probably would not prefer is a runoff.”

In that scenario, Holsworth said, it could be a stretch for Morrissey to beat a single candidate head to head in five districts.

“If he is unable to win the election outright, he will almost certainly be one of the two candidates in a runoff,” the director of CNU’s public policy center, Quintin Kidd, says in a release. “The real contest at this point might be over whether any of the other candidates can bump Jack Berry out of second place.”

The poll results show Berry, the other mayoral candidate on Style’s Power List, pulling 16 percent of the citywide vote.

Berry performs well in the Fan District and West End areas, and south of the river on the east side of Powhite Parkway. But his lone leading precinct above the survey’s margin of error was in the West End’s 1st District, represented on City Council by another candidate for mayor, Jon Baliles.

Citywide, Mosby had 10 percent of the citywide vote. Baliles had 9 percent and Levar Stoney had 7 percent. About a quarter of Richmonders said they were undecided.

But voters expressed a loud desire for change, according to the survey. They disapproved of Mayor Dwight Jones’ job performance by more than two to one, and gave poor marks to the Richmond School Board and City Council.

And despite Morrissey drawing a 28 percent citywide vote, the survey also indicates that Morrissey as mayor seems to be a poor proposition for many residents.

“Joe Morrissey has the highest name recognition, at 84 percent,” the report says, “but he is a polarizing figure, with voters strongly divided about whether they have a favorable (40 percent) or unfavorable (44 percent) view of him.”

Morrissey, who bought a house in the North Side last year, acknowledges his baggage, but has noted that voters are familiar with his personal and professional issues.

And despite his years in politics, he would be an outsider to City Hall -- an unnerving presence for the establishment, as a political insider noted in the Power List: “He has everybody running scared. He’s powerful in the realm [that] he is causing abject panic in the normal power structure in Richmond.”

In contrast, the poll reports two-to-one positive ratings for Baliles and Berry. When it comes to war chests, there seem to be few parallels to survey results. The leading fundraiser, Stoney, has raised nearly $417,000, according to the Virginia Public Access Project. Morrissey’s had raised 18 percent of that figure, about $76,000.