Former delegate says his health is perfect and he could run for office again. 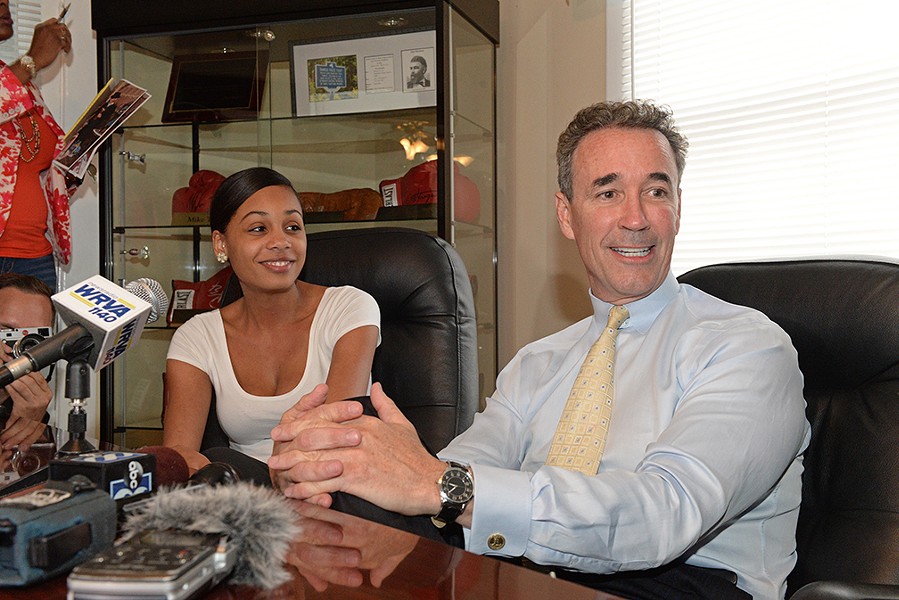 Scott Elmquist / File Wedding bells: Former Delegate Joe Morrissey and his girlfriend, Myrna Warren, say they're expecting a second child and planning to get married in the spring.

Nov. 3, 2015 -- Former delegate Joe Morrissey says he and his girlfriend, Myrna Warren, are expecting a second child in the spring and are making room for an even bigger family.

“We bought a large, six-bedroom home and we’ll fill it with kids,” Morrissey told Style in a sit-down interview Friday, Warren by his side.

They’re preparing to move with their firstborn, Chase, from Shockoe Bottom to the North Side.

Warren gave birth to Chase in March, days before she turned 19. It was her first child with the 58-year-old, stemming from a relationship that drew headlines when it became public and eventually landed Morrissey in jail. Morrissey publicly acknowledged he was the father in May.

Warren, who then went by Myrna Pride, was a receptionist at Morrissey’s law firm when she was 17. Morrissey was accused of having sex with her when she was underage, a charge both of them deny.

In December, Morrissey entered an Alford plea in the case, denying guilt but acknowledging evidence against him. He received a six-month sentence that was reduced to a three-month work-release term. He served it while holding the 74th District seat in the House of Delegates, to which he was re-elected in January.

Morrissey gave up the office to run for state Senate, but ended his campaign last month, citing health issues when his diaphragm stopped functioning twice.

Today Morrissey says he is in perfect health. He’s in what he calls a “rigorous rehab program” and has undergone surgery. “As I say, I will be ready for the NFL in about six months,” he added.

Morrissey seems carefree about his health in declaring that he and Warren eventually want to have four children together. He also has three daughters from other relationships, ages 3, 28 and 29.

Morrissey also says he’s healthy enough to not rule out another run for the 16th District state Senate seat -- or for Richmond mayor. Style reported in March that “several sources with knowledge of his long-term strategy” said he planned to run in the 2016 contest for mayor.

“I’m not ruling out a political run,” he says.

As for Warren’s goals, she’s a full-time student at J. Sargeant Reynolds Community College and plans to pursue a four-year degree in psychology.

The two say they're excited about a second child and are scheduled to give birth in early April.

Warren changed her last name from Pride earlier this year, but may have to make another switch. The couple also plans to get married in the spring at Morrissey’s farm in Varina.

“I told her, send me an invitation and I’ll be there,” Morrissey says. “No doubt about it.”