Politicians say the jobs are coming, but don't bank on it. Blame the small-business lending crunch. 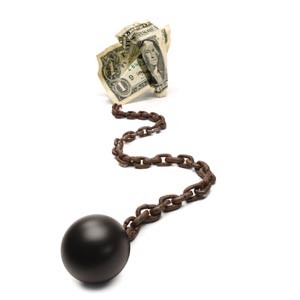 To catch a glimpse of Richmond's jobless economic recovery, visit a small strip mall just off Hull Street Road in southwestern Chesterfield County. Squeezed behind a WaWa gas station, the retail center opened in 2006 with 20 small stores, including a specialty bakery and a wine shop. The recession came and supposedly went, but seven stores remain dark, leaving those still standing in a precarious position. “It's a struggle, but I am surviving,” says Sonya Stancil, owner of a beauty parlor, Salon S.

When and if those darkened stores reopen depends on a vicious business circle: Start-up businesses need lending to get off the ground and create jobs. Interest rates are low, but thanks to much tougher scrutiny of loan applicants after the 2008 financial crisis, banks demand much more from applicants in terms of business plans, fees, credit records and collateral.

The conundrum is one reason why the Richmond area continues to struggle with the highest metropolitan unemployment rate in the state, 7.6 percent in May, according to the Virginia Employment Commission. Richmond has suffered high-profile corporate flame-outs, including Circuit City, LandAmerica and Qimonda. But the heart of the problem lies with small businesses, which statewide make up about 75 percent of the work force.

It's a chicken-and-egg dilemma. Banks want to see sustainable progress before lending. But small businesses need money to get started and show progress. “The economy is not waiting for lending, it's more lending waiting for the economy,” says Jeffrey Lacker, president of the Richmond Federal Reserve Bank.

Bruce Whitehurst, president and chief executive of the Virginia Bankers Association, says that the problems with tight credit are especially hard on small businesses even though interest rates are low. “It is very challenging to lend to businesses that are not profitable and there is a much smaller universe of qualified small businesses out there,” he says.

The new flintiness applies even to successful small businesses. One example is American Family Fitness, the local health club chain that launched in 1988. With revenues of about $7 million annually, the company has expanded over the years to eight clubs: seven in the Richmond area and one in Fredericksburg.

After the company established a strong performance record, it took from 30 to 60 days to get financing for expansions, founder and owner Brian E. Evans says. The recession changed that. When Evans wanted to open a new gym on Woolridge Road in Midlothian, it took nine months.

One problem was that his traditional lender, First Market Bank, was too occupied with a merger to help come up with the $14 million needed. Evans turned to Bank of America and finally got funding with help from SunTrust. He had to go through a wringer that usually applies to first-time business borrowers, he says, and cringed at the extra fees.

“They really get you on [fees] after their gaffes,” Evans says. Bank of America, for instance, was affected by the subprime mortgage mess of the past decade that toppled several huge financial institutions. The bank ended up taking over subprime lending giant Countrywide Financial and investment behemoth Merrill Lynch, which also got mired selling complex securities based on subprime mortgages.

The Wooldridge Road fitness center opens next month and American Family is hiring, but the delays illustrate why jobs are not moving faster locally. Another reason, according to Ann Lang, chief economist of the Virginia Employment Commission, is that businesses with access to capital are tending to put it into equipment and computers. They are still balking at adding new employees “because that is a big commitment,” Lang says.

Another irony is that big companies are hording cash. Nonfinancial companies are sitting on $1.8 trillion in cash, leading critics to question why they're not using it to hire or rehire workers. In response, the U.S. Chamber of Commerce says the climate isn't right, criticizing the Obama administration for increasing regulations, including the new financial regulatory reform bill that has passed the House and the Senate.

In Virginia, political leaders seem to come at the jobs issue from opposite ends, even if they're in the same party. U.S. Rep Eric Cantor, the Republican House minority whip from Henrico County, last week sponsored a standing-room-only jobs fair at Deep Run High School that drew 3,000 people. Democrats criticized Cantor for posturing on jobs while opposing Obama's jobs-creating stimulus program.

Republican Gov. Robert F. McDonnell beams that Virginia has added 71,500 jobs since Feb. 1, or roughly the time he's been in office. But many are part-time or temporary jobs.

Even with his estimate, only 9 percent, or about 6,435 jobs, are in Central Virginia with the lion's share, 32 percent or 22,880, in Northern Virginia, which benefits from federal spending. In the most recent recession, laid-off workers often find their skill sets inadequate. “Finding a match with available jobs is a problem,” Lacker says.

Meanwhile, business-loan seekers can boost their chances for lending by squirreling away more cash or getting partners to kick in more money, says economist Chris Chmura, president of Chmura Economics & Analytics. “It's matter of time before lending eases as economic conditions improve,” she says.

Back at the Chesterfield strip mall, work is under way at one of the vacated stores where a new Jimmy John's Gourmet Sandwich shop is planned. Neighbors, including Stancil, hope the sub shop will be a new anchor.

“I'm just getting by with myself working and some part-timers,” she says.