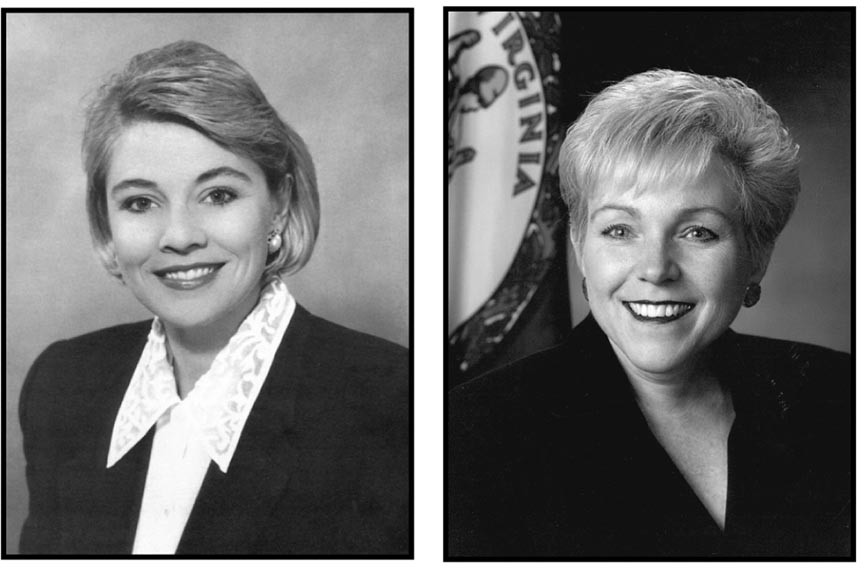 It was bad enough when Gov. Jim Gilmore momentarily mistook Channel 8 news anchor Lisa Schaffner for his wife, Randolph-Macon College classics professor Roxane Gilmore, at a Christmas 1998 press dinner, but now even the women are having a hard time telling themselves apart.

The confusion results from a resemblance between Gilmore, 45, and Schaffner, 38, that has perplexed some Richmonders since the state's first family arrived on the scene two years ago.

"It's hysterical," Schaffner says. "Roxane and I call each other twin sisters and joke about it all the time."

But after a March 23 Richmond SPCA event, things spiraled out of control. Mrs. Gilmore attended the event; Schaffner did not, but while looking at video of the gala, thought she spotted herself. "I said, 'Hey, wait a second! That's me! But I don't remember going there,'" Schaffner says.

For her part, Gilmore says she experienced a similar identity crisis last month at a literacy event with Schaffner when a woman approached Gilmore and asked her to autograph a picture.

It was a photo of Schaffner, but Gilmore didn't immediately recognize it as such. "Actually, I'm very flattered to think I would resemble Lisa," she says. "We have a lot of fun with it."

We could not bring ourselves to put the governor in the position of having to comment on any of this. — Rob Morano