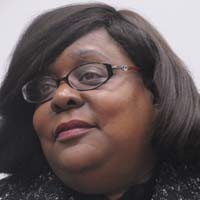 Deborah Jewell-Sherman is an expensive date.

The departing Richmond Public Schools superintendent's nautically themed going-away banquet, planned for Sept. 27 at the Greater Richmond Convention Center, has a budget of $52,000, according to school officials.

Using the School Board's adopted 2008-2009 budget as a guide, that kind of money would buy a year of morning and afternoon snacks for the city's Head Start program kids. It's half the cost of adding another grade to the district's elementary-school foreign language program. It's enough to pay for at least six new slots at the Appomattox Regional Governor's School. It would nearly cover the 2008 budget for elementary teachers' staff-development programs.

The banquet, which has an “It Has Been a Fantastic Voyage!!” theme, has corporate sponsors, including Owens & Minor, but a school official declines to say how much money the sponsors are putting up. So it's unclear how many tickets — at $60 apiece — would need to be sold in order to break even.

Rent for the convention center's grand ballroom, school spokesman Alfonso Mathis says, accounts for about $3,000 of the event's cost.

Luckily, Jewell-Sherman's dates to the event have enough cash to buy her a lobster dinner — and maybe hand a few bucks over to the Richmond Education Foundation to boot. Mathis says the event's co-chairmen are Jim Ukrop and State Sen. Henry Marsh.