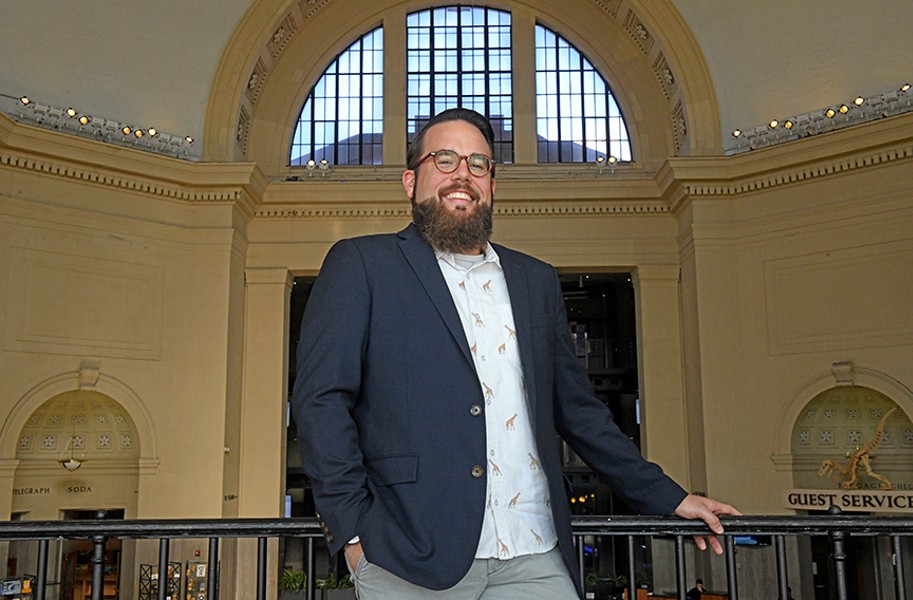 In Richmond, the heat difference between a block in the wealthy West End and one in Monroe Ward can be as much as 16 degrees.

Even Jeremy Hoffman, who made this discovery as the Earth and climate scientist for the Science Museum of Virginia, was surprised by the findings.

“Everyone knows it’s hotter in a parking lot than under a tree, but no one knew it was 16 degrees hotter,” Hoffman says.

The findings come from an experiment he conducted with community groups that mapped heat across Richmond. Hoffman has since been promoted to chief scientist, and he’s working on a new exhibit to showcase the research work he’s done over the past three years, even as he prepares for another community collaboration.

“They’re light enough that they can go on a belt loop,” Hoffman says, making them easy to carry around. Like the heat study, the air quality study will rely on the community partnerships he’s made across the city, part of his effort to make the museum a community hub. “I want to empower people to solve community problems with science,” he says.

For a scientist, Hoffman is surprisingly accessible. He talks directly with museum visitors, answers their emails and produces light-hearted YouTube videos and educational presentations explaining complicated climate science to a general audience. In 2020, he’ll teach a physical geography class at Virginia Commonwealth University.

What else is next? “I don’t know,” he says, laughing. That’ll depend on what the local community wants. “I never know what to expect. That’s what’s so exciting about living in Richmond.”