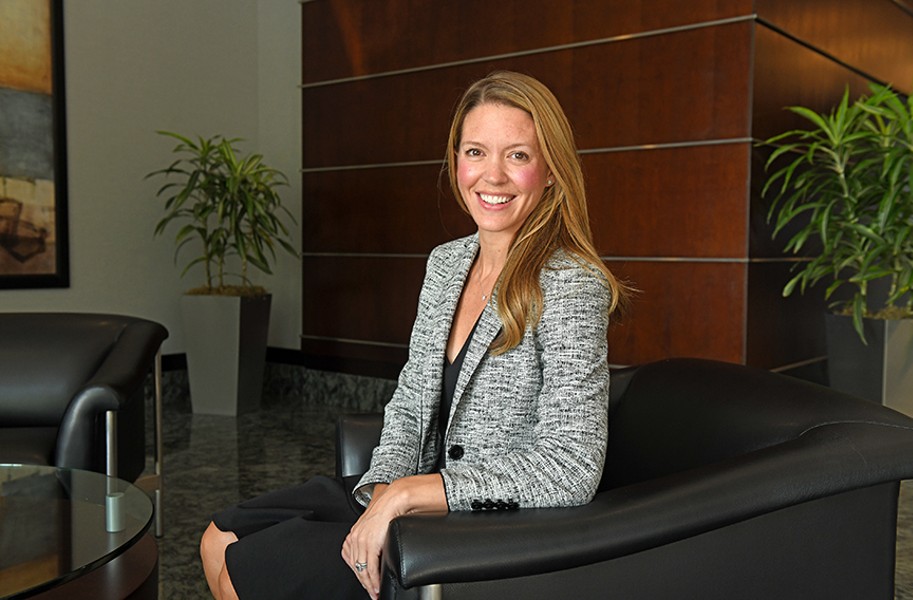 If there’s one thing Jenny Connors learned from her mother, a professor at the University of Richmond, it was that she could be a mother while also being a leader in her field and pursuing a career.

“She was very driven but a very present mother who led by example,” Connors says. “There was never a doubt in my mind that I could do it because she did it so gracefully and beautifully.” From her grandfather, she learned to leave a place better than she found it — a mantra she says still resonates daily.

Connors, a partner in the business tax division at Williams Mullen, is a legal authority on opportunity zone tax incentives, a federally driven program designed to create economic stimulus within designated neighborhoods through tax incentives. When the legislation was enacted two years ago, Connors delved in at the request of clients who wanted to take advantage. Publishing articles and traveling the state to give talks about the program helped establish her as the region’s go-to opportunity zone expert.

But ask her what she’s proudest of and Connors points to her multitasking.

“Making partner while being a mom to three young children, learning new legislation while being an engaged mother, promoting economic development in opportunity zones while raising good, kind humans,” she says.

Calling motherhood “the job I can’t quit,” Connors is equally proud of helping better the community. “It’s not easy, but it’s possible to do it all and have it all.”