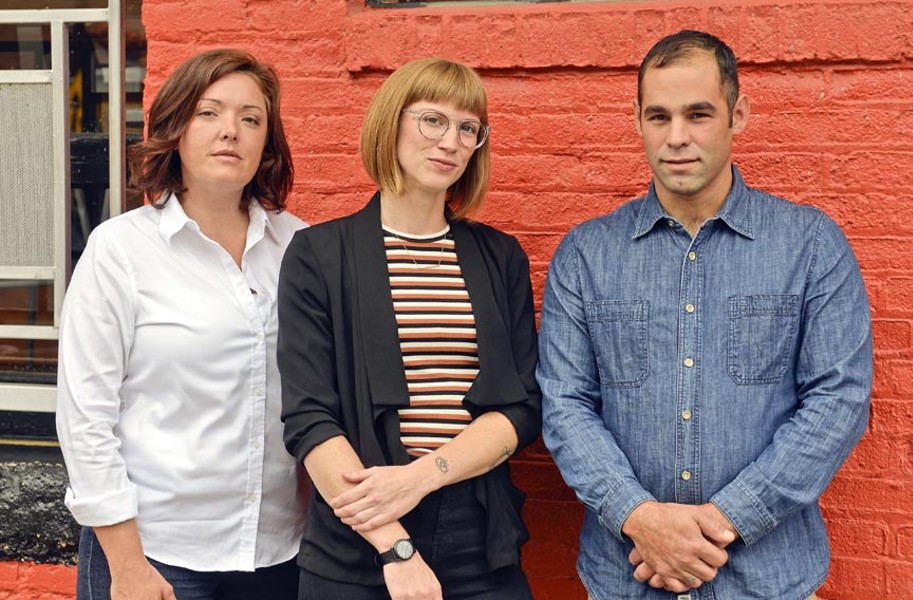 Lamplighter Roasting Co. has been described as Richmond’s living room. The clientele is wide-ranging: City Council members, lawyers, free spirits and young parents can be found scattered about on any given day, sipping coffee together.

“We didn’t want to live in a bubble — there’s a lot of self-segregation, and people are unaware of how others live,” co-owner Noelle Archibald says. “I’m surrounded by tons of different people, all with different viewpoints. We’re proud of that diverse group of customers.”

Noelle grew up in the Museum District in a politically committed household — activism, you could say, is in her DNA. Her father, activist Alan Schintzius, is a former mayoral candidate and encouraged his daughter to take part in the community in which she lived.

When she got older, Noelle went on the road with her band, Show Me the Pink. But she found that as the group became more successful, the less she enjoyed it.

“I was more excited about working in a coffee shop than playing shows,” she says.

She and her future husband, Zach, decided to move back to Richmond. And Noelle discovered how much she missed the coffee culture of Portland, Oregon.

Before he met Noelle, Zach had embraced the do-it-yourself spirit as a skateboarder, inspired by what was an ad hoc skate park built by the people who used it. Portland ultimately embraced it and the spot became a city park, while the original skaters went on to design skate parks around the world.

The third Lamplighter partner, Jennifer Rawlings, realized early on the power of coffee as a political tool.

Jennifer grew up in the South Side. As a teenager she visited Brazil on a humanitarian mission, where she saw coffee farms for the first time. She was struck by the radical divide between wealthy Brazilians and the poor.

“I realized coffee life was ultimately the way to practice politics on a global stage,” she says. “I knew I would have to roast to be in charge of buying coffee — to make a difference.”

After graduating from Virginia Commonwealth University, Jennifer took a detour and opened a coffee shop in Eureka Springs, Arkansas, becoming a master roaster.

She soon came back to Richmond and opened the much-loved 17.5 Ethos Café in Shockoe Bottom, which flooded during Hurricane Gaston. Afterward, Jennifer continued to roast coffee at night. One of her clients was the Camel, where she met Zach.

“He just liked my product,” Jennifer says. “It lifted me out of the drudgery of thinking I had no plan, I failed at my last business — what am I going to do? Meeting him was the spark that started our relationship.”

That relationship — the joining together of three like-minded, politically driven people, each with an equal share in the company — created a business that deliberately uses coffee as a means to help those growing the beans, as well as the young people who may start behind the register but are offered the opportunity to move on to positions of greater responsibility.

“Our supply chain extends literally to the equator and into developing countries,” Jennifer says, “and we treat everyone along that supply chain down to us and our own employees the same way. … We can vote with our dollars.”

The three have been approached by investors who want to see the company open more locations, but the focus has been to take links out of that supply chain and create more jobs.

“You don’t have to screw over other people to survive,” Zach says.