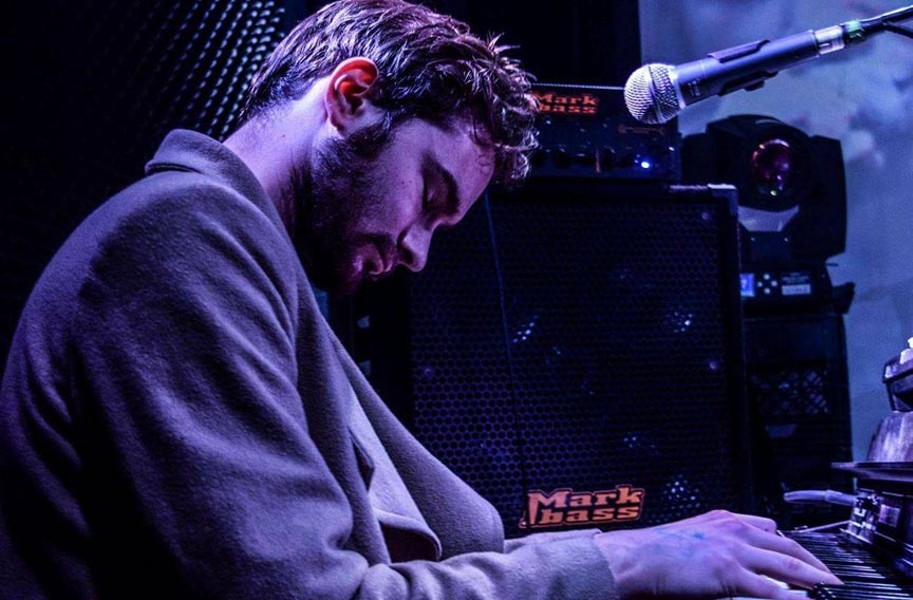 Macon “McChicken” Mann has assembled a huge band for debut at the Triple Crossing Brewery. The rest of the compact space is packed solid with students, parents, musicians and his Virginia Commonwealth University professor, Doug Richards.

Building up to the start with a broad smile, Mann mimes slathering himself.

Between the skits, the music goes an entirely different direction, with string arrangements, horn ensemble counterpoint and plenty of jazz solos. The evening ends with an encore performance of his viral video rap number, “Richmond City River Rat.”

“A lot of people just know me from that video,” Mann says. “But I came to VCU because I wanted to be a jazz pianist.”

His serious music side is increasingly on display with Richmond’s leading players, including Marcus Tenney, Taylor Barnett and the reconstituted Devil’s Workshop Big Band. But in the end he’d like to have it both ways: Be the harmonically imaginative, Herbie Hancock-inspired keyboard player and play the comically slimy, trap-inspired McChicken.

“Frank Zappa is a good example of the genre I’m in,” Mann says. “A fusion between the classically composed tradition and an edgy new art form that hasn’t yet been integrated.”

Fats Waller is another inspiration. “He was a creepy actor as well as being a great musician,” Mann says. “He wrote a song called ‘Oh So Greasy.’ The lyric might make you cringe, but you can’t help liking it.”

That’s a target that, in his own work, Mann nails with precision.

Mann plays with Pressure Fit on May 29 at Hardywood Park Craft Brewery, and with the Devil’s Workshop at the Camel on June 7.