Chris Calloway was raised by a legend and now she's making a name for herself, and her aunt. 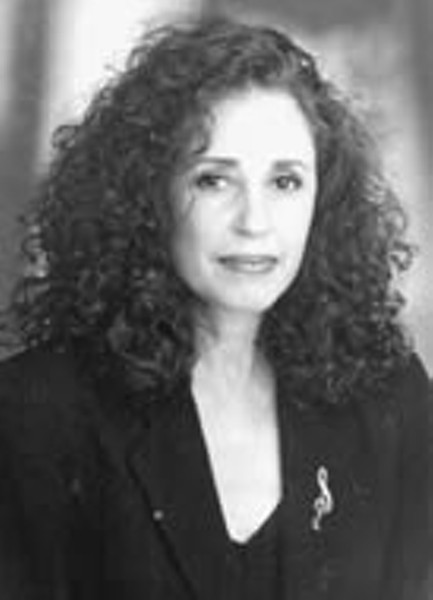 A longtime resident of New Mexico, where her magnetic, powerful singing performances made her "the reigning diva of the night," she has been spending a lot of time in Richmond and is seriously considering moving to the area. Calloway sang a couple of songs onstage at the Richmond Jazz Society Gala in May, but her Sept. 19 gig at the Lewis Ginter Botanical Gardens will be her first full-scale local performance.

"I've been an entertainer for the past 30 years, starting when I was… 9," Calloway says, doing some quick mental math. "I went to Boston University for a while, but broke away and did a lot of dues-paying in New York City."

She started as a hatcheck girl at the original Improvisation comedy club. "Richard Pryor and Rodney Dangerfield would be onstage, Liza Minelli in the audience, and I would come rushing out of the closet, dripping coats. Dad came in a couple of times, and that was my first real taste of fame: He would be looking at me, and everyone else would be looking at him," she says.

Soon she was on the road, playing the Catskills circuit, touring with Lionel Hampton, then returning to New York to appear in the cast of the all-black Broadway production of "Hello, Dolly," starring Pearl Bailey and Cab Calloway. After the run ended, she moved to Hollywood, Calif., got a radio show and appeared in films and on television. "Then Dad made an offer I couldn't refuse, and started a 20-year, world-touring association as a father-daughter act."

Cab Calloway died in 1994. After a European tour portraying jazz singer Billie Holiday in the one-woman show "Lady Day at Emerson's Bar and Grill," Chris settled down in Santa Fe., N.M. "I got a job singing at the Hilton. I had to find out who I was as an artist."

What she discovered was her deep responsibility to a family tradition that extends back beyond her famous father to the woman who gave him his start. "My mission is to tell Aunt Blanche's story," the singer says. "Dad was so huge, larger than life, but it all started with a female."

Blanche Calloway was Cab's older sister. "She was one of the only female band leaders in America to front an all-male band," Calloway says. "And this was in the '20s when she had to face the barriers of sexism, not to mention rampant racism." Blanche recorded with Louis Armstrong in 1925, appeared on Broadway, and according the great jazz pianist Earl "Fatha" Hines, taught Cab everything he knew about performing.

After retiring from the stage, Blanche continued to make history by discovering Virginia-born R&B singer Ruth Brown and managing her through her rise to fame.

"Now you have to dig pretty hard to find anything about Blanche, except on the Internet." Chris says. With typical renaissance élan the singer is trying to rectify that by writing a play, "Blanche Callaway and Her Joy Boys," which she is currently pitching to independent producers.

Calloway says she is "psyched" about her upcoming performance at Ginter. "I will be working with a wonderful young piano player, Daniel Clarke. He's young, talented, very professional, and he plays his butt off. He's put together a hot, swinging trio that will rock the garden.

"It is a celebration of the Calloway legacy, we'll definitely be pulling up tunes you don't hear every day. It will be very upbeat, very participatory. The older people will hear music they remember, and the young people will understand why it was memorable.

"And I will be singing from the bottom of my heart," Calloway says. "Let's see if we can get this love affair going." S

Chris Calloway will perform on Sept. 19 at 6 p.m. as part of the Lewis Ginter Botanical Gardens' Smooth September Series. Tickets are $10 in advance, $12 day of concert and can be purchased at the gardens' visitors center, online at www.lewisginter.org or by calling 800-594-8499.