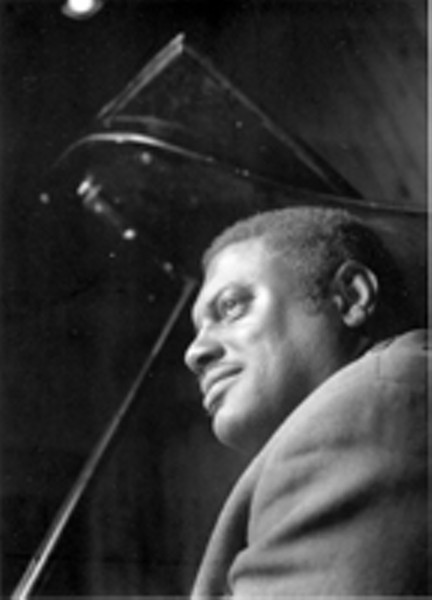 Miller’s muscular melodicism is most frequently compared to McCoy Tyner, a living legend who became famous as John Coltrane’s pianist. It is high but limiting praise. “I’m the first to acknowledge him as an inspiration and influence,” Miller says, “but I’ve never practiced playing his solos or copied him in any way. I’ve never learned like that.”

The echoes of Tyner in Miller’s musical expression are blended with elements drawn from other great players, including Bill Evans, Wynton Kelly, Thelonious Monk and Herbie Hancock. His facility with the full range of the modern jazz vocabulary allows him to adapt to a wide range of settings.

“There is a tendency to put a name on something and then dismiss it. I’ve been called ‘just another bluesy neo-bopper,” Miller says. “But I’ve done all kinds of sessions, playing with all kinds of people, both inside and outside of jazz. I’ve started out playing church music, then moved on to R & B and classical. Artists have to believe in themselves.”

Miller’s creative confidence is rooted in his experience with the Jazz Messengers, drummer Art Blakey’s long-running, ever-changing band that launched the careers of dozens of major musicians, including Wayne Shorter, Keith Jarrett and Wynton Marsalis.

“Art was originally a big-band player,” Miller says. “He started his career with Jimmy Lunceford and Billy Eckstine. The Messengers were essentially a big band pared down by financial necessity.”

In an era when conventional architectures were dissolving into unstructured “free playing,” Blakey’s musicians mastered the discipline of strong arrangements and concise, focused solos. “There was a certain standard that was upheld in the Messengers through Blakey’s personality,” Miller says, “You needed a keen sense of playing the [chord] changes.”

Blakey had two basic demands: keep integrity in the presentation of musical ideas and always give your all on the bandstand. This tradition-informed approach seemed out-of-date in the heady modernism of the late ’60s, but as the innovations of free jazz and fusion faded in the ’70s, ex-Messengers played leading roles in the music’s revitalization.

“Wynton got a lot of recognition for the jazz scene renaissance,” Miller observes. “But more of the credit and praise goes to Art Blakey.”

Miller’s VCU visit will include a workshop very much in Blakey’s spirit of leadership by example. “I take a very general approach,” he confides. “I play a little for them and field questions about execution or practice, the business, the lifestyle or anything political or philosophical that pertains to jazz. On occasion I let them play for me, and make suggestions.”

The proof is in the performance. “There is a place, if you will, where the musicians, the music and the audience meet in synchronicity. If the musicians are on the same wavelength, and we can meet at one accord, the audience will be brought with us.

“Bear in mind, that when playing with students you should be careful about expectations,” Miller says. “Hopefully, I will be able to bring something to uplift and inspire.”

Miller’s success lies in demonstrating what he learned from Blakey — how to leaven the heft of tradition with the immediacy of improvisation to reach a place beyond categories. S