Editor in Chief of Jesus Couture 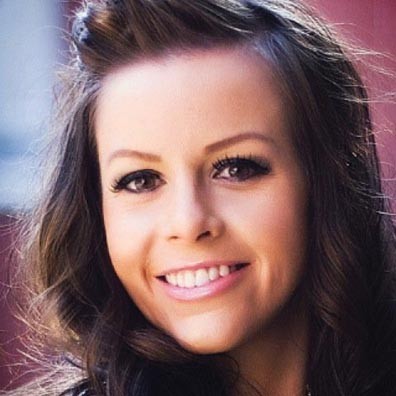 If Jesus had a Facebook page — and maybe he does — his disciples would be dressing more stylishly because of Jammie Chasteen. She’s a Christian in the often-godless world of fashion, and she’s a social media standout who’s getting noticed by some of fashion’s biggest players.

Jesus Couture is her brand, and Chasteen has caught the eye of Diane von Furstenberg, Tory Burch, Banana Republic, J.Crew and even Joan Rivers while she’s worked her way into fashion week shows and rag-magazine circles. Her clothing line is built on the belief that fashion and Christianity aren’t mutually exclusive, and that self-respect looks good on every woman.

“In a secular world, modesty doesn’t play,” Chasteen says. “We are taught that sex sells, and I view it that we are walking billboards. If you’re showing sex, you’re saying this is what I have to offer, and that’s what people have to buy. Young women are definitely falling for it. We try to show younger girls clothing that says you are a woman with hopes and dreams and other things that guys can be interested in. You want to find that balance where you’re not preaching but where you can show girls that they can fit in and stand out with self-respect.”

Chasteen has mobilized a team to develop the brand, and also works with the Richmond Outreach Center on volunteer projects that focus on inner-city girls and families. She writes for fashion websites and is a motivational speaker at youth conferences, often wearing one of her line’s distinctive T-shirts.

“Authenticity sells,” she says. “People ask about the shirt and that leads to a conversation — that is the goal. It’s an easy intro into soul winning. It’s not abrasive or in your face. If you wear clothes that fit in with trends but have a positive message, you’re doing more than wearing clothes — you’re promoting what you believe.”