Executive Director at the Arc of Virginia 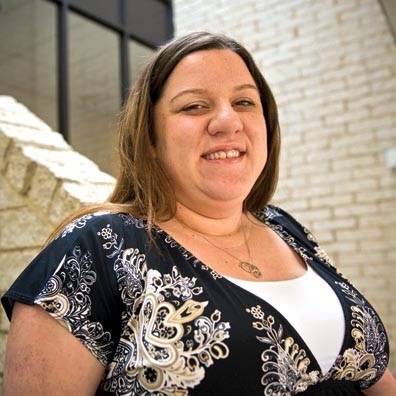 Virginia ranked 45th in spending per capita on services for people with developmental disabilities in 2009. In February the Department of Justice sent Virginia a letter saying it was violating the civil rights of people with intellectual and developmental disabilities by segregating them into institutions and putting at risk more than 3,000 Virginians on waiting lists for services.

Shortly after the letter, settlement negotiations began and are expected to be resolved soon.

Part of the reason a new day is coming is the passionate advocacy work of people such as Jamie Liban, executive director at the Arc of Virginia. She says the actual number of people on waiting lists is 6,000, and notes that the cost of using Virginia institutions is three times as much as providing the services in community. In the past 18 months, she’s helped affiliate five new chapters in communities where people didn’t have a voice.

Liban works to help the disabled and their families offer their personal accounts. “People with intellectual and developmental disabilities and their families are the most effective at telling their stories,” she says of her approach.

She’s affected by those stories regularly, such as the mother whose son pulled down the shower curtain every day for 20 years. She patiently would put it back up. “Once she got a waiver” that provided her with at-home help, Liban says, “she told us it was the first time she could go on a date in 20 years.”

A James Madison University graduate, Liban credits her husband with his unending patience for her work, and notes that it was during a college summer camp that she first switched her thinking to “presuming competence” in the disabled.

“This is a civil rights issue. We’ve seen lots of civil rights movements before this, but helping the general public understand these people have the same rights to ‘a life like yours’ is the goal,” Liban says.