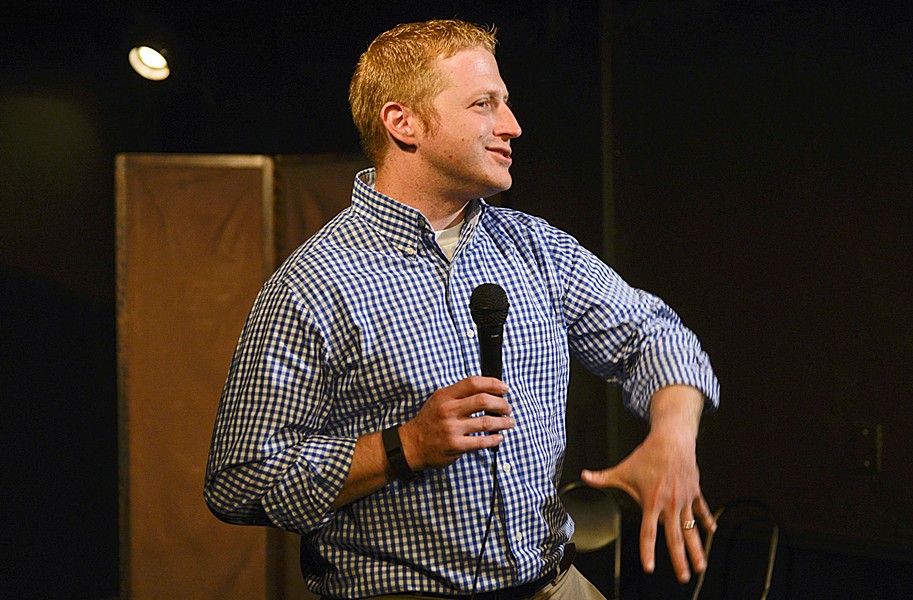 Laughter and medicine go together in more ways than the old adage might suggest. James Wasilewski holds a passion for both, raising millions of dollars for the Massey Cancer Center and entertaining in the local troupe West End Comedy.

Massey’s fundraising divisions collectively work to bring in as much as $10 million to $13 million annually toward cancer research. As director of annual giving, Wasilewski oversees a team that brings in about $2 million annually, he says: “I just raise the money so the physician scientists can do what they need to do.”

What they’re doing is unlocking secrets about genes that lead to a form of liver cancer and how lung cancer cells grow, and finding ways to better detect life-threatening tumors.

What keeps Wasilewski motivated is cancer’s huge reach, he says. “One in two men are affected by cancer in a lifetime and one in three women. … Nearly everyone is touched by cancer in some way, manner or form,” he says. “I know I might be at some point in my life.”

Wasilewski also uses his fundraising skills for the Fan Free Clinic, where he’s served on the development committee and now the governing board.

He tempers such serious efforts with humor. Five years ago he founded West End Comedy, where he serves as managing artistic director. The 10-member group, which specializes in improv, performs at the HatTheatre and in venues across Richmond.

Stand-up isn’t really his thing — Wasilewski hates lavaliere microphones and talks with his hands too much. He feels most at home with the comedic art form of improvisation.

“I take risks because of it. When I walk on the stage, I don’t know what my scene is going to be,” he says. “So, I get a suggestion — the sketch is ‘fish.’ I can create a whole scene out of that one word.”

But the sharpness and speed required of his comedy translates well to fundraising, where he often must think on his feet, driving conversations toward giving.