Owner and Founder, Men to Heal and the Healing Hub 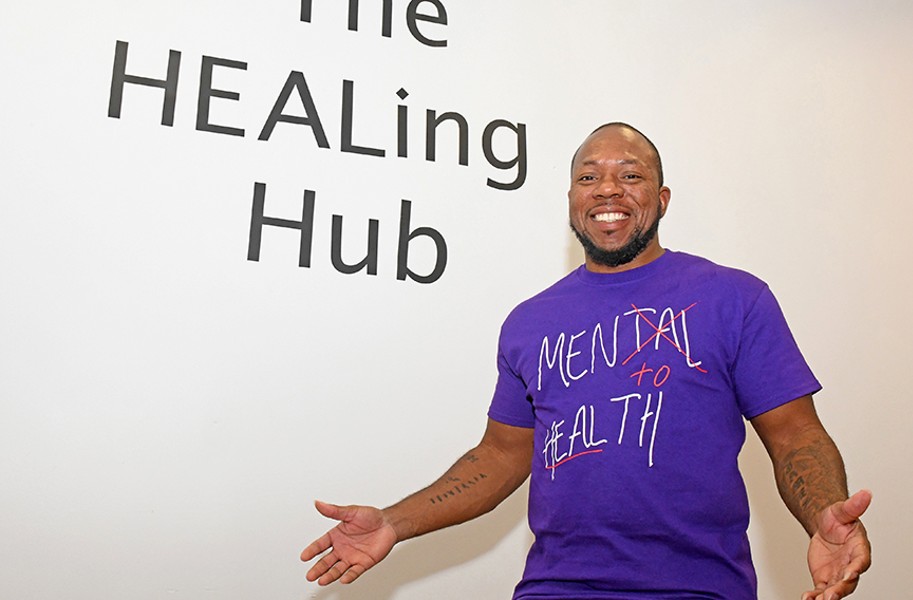 Many men avoid therapy. James Harris, who started the Men to Heal movement, says they first come to him through the women in their lives.

“Men don’t like opening up,” Harris says. “There’s a stigma. If a male expresses vulnerability, people perceive him as weak.”

But to Harris, there’s nothing weak about seeking help, especially when problems affect the home. His sales pitch is simple: “Your family needs you, you’re at your darkest point. Let’s work on these issues, let’s reduce them. It’ll be better for everybody if your family can see you healed and whole.”

For Harris, who lost his father at 5 and ended up in foster care at 10, therapy was an elusive lifeline. That’s because the state-mandated practitioners he saw were straight out of Hollywood central casting. “It was old white ladies, men. They didn’t know what I was going through. I’d just sit there, silent.”

Harris focuses his efforts on African American men like himself but has clients in four countries. A serial entrepreneur with several successful retail operations in Richmond, he’s just opened a therapeutic practice, the Healing Hub, on Arthur Ashe Boulevard.

Not everyone wants or needs talk therapy, so he offers alternatives such as yoga, meditation and massage therapy. It also offers financial literacy classes, voter registration and an upcoming forum on transgender issues, part of a drive to support LGBTQ people. The location helps some 200 men a month.

“Mental health isn’t just getting on the couch. It’s a holistic process. I want to be in a position to serve people who don’t get the support they need.”