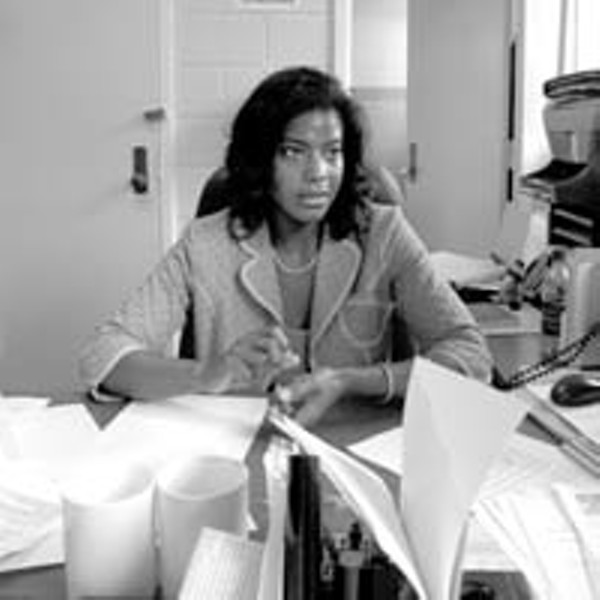 Stone says in the affidavit that he feared losing his job if he didn't. But before he deleted the files, he says he made a backup. The Quicken program is used to help manage what are called "enterprise," or revenue-producing accounts at the jail, he says, such as the canteen, the inmate store.

In another affidavit, jail employee Vuyisile Madikiza, a systems engineer, says the jail's training director asked him to "wash out" his computer's hard drive along with that of the jail's property and supply division.

Neither Stone nor Madikiza offered any explanation in their written testimonies as to why they were asked to delete the computer files.

Mitchell's attorney, Dale G. Mullen, says the affidavits have become "the subject of speculation and misinformation."

On Dec. 16, C.T. Woody filed suit against Mitchell and her top aide, Lt. Colonel Alan E. Roehm, asking the court to instruct Mitchell to allow Woody and his transition team into the jail. Woody's term begins Jan. 1, but last week Markow ruled that Mitchell must allow Woody and his team to tour the jail for up to nine hours on Dec. 27.

The testimony of Stone and Madikiza was produced "to show we could back up what we said we knew," Woody says. For more than a month, Woody has repeatedly alleged that Mitchell and Roehm were destroying jail records in order to thwart a smooth transition.

"We weren't there to discuss criminal matters," Woody says of the jail employees' testimony. The Commonwealth's Attorney's Office, he says, will determine whether to pursue an investigation into the alleged file destruction.

Meanwhile, Stone and Madikiza have been placed on paid leave.

Mitchell's attorney, Mullen, says the employees' testimony is insignificant. They may have been asked to carry out routine computer housecleaning, for instance. Explanations for the alleged requests made of Stone and Madikiza abound, he says, such as not wanting a person's Internet surfing to be traced, or their files merged with others.

What's more, Mullen says, the jail's budget director has testified before Markow that the jail's financial statements are compiled monthly and kept in hard-copy form.

Mullen, a former Richmond Police officer, says the media has misinterpreted and played up the tension between the incoming and outgoing sheriffs. Speaking for Mitchell, Mullen says: "All we want is for her term to come to an end without incident." — Brandon Walters