City Hall is pushing for a new jail in the East End. But could a different location revitalize the South Side? 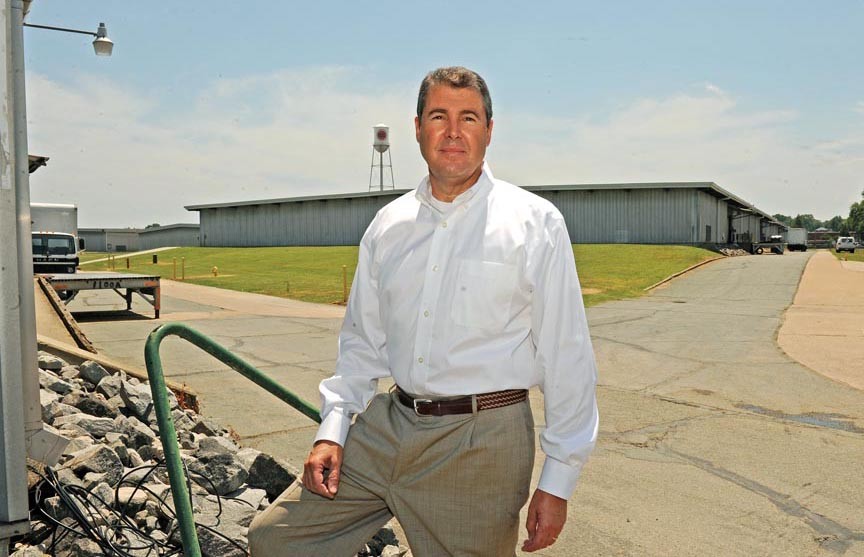 On a punishingly hot June afternoon, Art Hungerford grimaces slightly while he surveys the vast, vacant land at Commerce Road and Ingram Avenue, about two miles south of the Mayo Bridge, alongside Interstate 95. Construction could be under way, he says, if he’d simply had the chance to make his case.

“We’re standing in the shopping center we were going to build,” he says, pointing to a row of mostly empty warehouses — including one scheduled to become a work-force training center — that consume the 60-acre site, a few minutes’ drive from downtown.

Hungerford is chief executive of Atlantic Constructors, part of a team of builders and developers proposing to build the city’s new jail in the South Side. Dubbed City Central, the group purchased the property in May 2008, first envisioning a mixed-income residential community, anchored possibly by a major retailer or manufacturer.

Those efforts fizzled quickly with the housing market’s collapse. The group’s development plans went through various iterations, ultimately leading to a proposal to build a new 1,032-bed jail on the site. City Central proposed a retail center adjacent to the jail, and a incubator focused on developing minority-owned businesses. In its proposal submitted to the city in February 2010, City Central called the development the Richmond Justice Center.

But the city prohibited Hungerford from discussing the proposal publicly, as it did with all the other groups bidding for the jail construction contract. “The community naturally assumed it was just a jail,” Hungerford says — and not the other development with it.

A week after Mayor Dwight Jones announced plans to build a new city jail in the East End, Hungerford and his team are releasing details of their proposal. The Commerce Road site is 10 times bigger than the 6-acre jail property on Fairfield Way, which means a new jail there would sprawl outward, confined to one story as opposed to the hulking, six-story correctional facility proposed by Tompkins Builders and S.B. Ballard Construction, the team selected by Jones. The price, $116 million, is nearly identical to the Tompkins/Ballard final bid of $116.5 million. The two proposals similarly wouldn’t require relocating inmates during construction, a key factor for Jones.

The biggest obstacle for City Central, however, is political. Simply replacing an old jail with a new one on the existing site mutes the not-in-my-backyard backlash — it’s already there, after all. Selling South Side on the prospect of moving the jail into its community is another matter entirely. Louise McQueen, secretary of the Bellemeade Civic Association, says no matter what City Central is proposing, if the development includes a jail she’s against it. McQueen, who lives on Willis Street, about a quarter mile from the proposed jail on Commerce Road, started canvassing the neighborhoods in May 2010, gathering more than 1,000 signatures in opposition.

McQueen says the retail shopping and work-force training wouldn’t have swayed her. “No matter what they proposed, if it had a jail attached to it we were not interested,” she says. “If they put a gold mine around it, we still wouldn’t.”

Hungerford, however, is convinced otherwise. He just couldn’t talk. The city prohibited bidders for the jail construction contract from discussing their proposals publicly. In the end, he says, the gag order was too much to overcome.

“We were told officially, along with the other bidders, not to interact with city employees, City Council members, the selection committee or the public,” Hungerford says. The city wanted to control the process, and didn’t want any of the bidders to gain an advantage over the others. But the project leaked out. A critical mistake, Hungerford says, was splashing the name of the company bidding on the jail work, City Central, in its early paperwork, which became publicly available under procurement law.

Quickly, the proposed site leaked out. And the partners at City Central were left to watch from the sidelines, unable to present their proposal in full, while community outrage grew over the prospect of a new jail moving in next door. “Frankly, we were boneheads to give the name City Central in the proposal,” Hungerford says, “and that gave away the location very quickly.”

While City Council begins to review the mayor’s recommendation to hire the Tompkins-Ballard construction team — City Councilman Marty Jewell has promised to hold “congressional-style hearings” on the mayor’s selection process, perhaps as early as this week — City Central merely wants its proposal to get a public hearing.

“When you know people want to hang themselves, give them enough rope,” says Al Bowers, the owner of minority consulting company Bowers Family Enterprises and a partner with City Central. “If the proposal was handled properly, then we will go away.”

Hungerford says the team didn’t always envision a jail on the 60-acre site. After purchasing the property in 2008, Hungerford spent more than a year calling manufacturers, retailers, state agencies — anyone and everyone he thought might be interested in an ideal location about two miles from downtown. Once home to tobacco warehouses long abandoned by Brown & Williamson, Hungerford envisioned a mixed-income residential community in partnership with the city housing authority.

Situated next to the Hillside Court public housing project, Hungerford had approached former Mayor L. Douglas Wilder’s administration in 2008. The South Side neighborhoods along Commerce Road were riddled with crime and urban decay. Why not redevelop the property and intersperse the poorest residents with housing for blue-collar workers and young professionals? It was an opportunity to jump-start urban renewal, Hungerford proposed.

But he needed an anchor tenant. He first went after solar and energy manufacturers, the so-called green industry, but got nowhere. His attention shifted to municipal projects, perhaps administrative offices for the Richmond School Board.

Hungerford, however, kept coming up short.

“Despite all great intentions, we were totally unsuccessful securing an anchor tenant to allow us to move forward,” Hungerford says. “I think I’m just a nobody. I can’t call the CEO of a solar manufacturer and get through.”

After the housing market collapsed, City Central readjusted its plan and began focusing less on housing. In late 2009 the group decided to make a pitch for the jail, casting the proposal as a broader redevelopment of the area.

In the spring, however, it became clear that the city was going with Tompkins-Ballard. Hungerford says he wants to push ahead on alternate ideas. After all, it’s prime real estate. But he first must reach back out to the residents of the area.

“I’d say we have a lot of damage control to do with the community,” he says. “Understand that we didn’t just plan to sneak a jail into your backyard.”