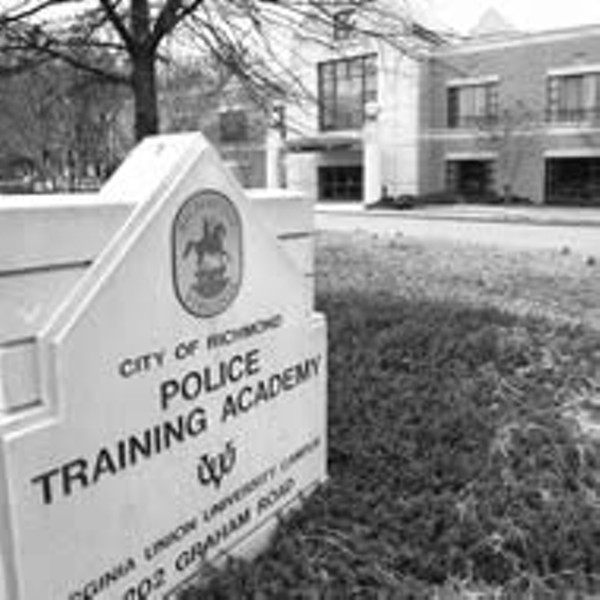 But Jackson plans to introduce a resolution at the Feb. 24 Council meeting that would allow applicants who haven't completed their 60 credits to join the force — and have the chance to make the credits up in their first two years.

Her proposal follows much discussion over the demographics of the Richmond police force, which is mostly white in a majority-black city. "I also do want to focus on getting our police force to mirror our community," Jackson says. "And currently it does not." About 67 percent of the city's 628 officers are white, while the population of Richmond is 38 percent white and 57 percent black, according to the 2000 census.

The last two graduating classes at the police academy were composed of 26 white recruits, 9 black recruits, one Asian and one "other," says a police spokeswoman. Three recruits — one black, one Hispanic and one white — passed the entrance qualifications but did not graduate.

"It's not necessarily saying [that] African-American applicants don't have the requirements," Jackson says, but her plan would "open the door a little bit wider, so to speak." Police Chief André Parker has said that filling 58 vacancies by the end of the year is one of his highest priorities.

Jackson has discussed the matter with Parker, and she says he was concerned that officers now on the force might question why the requirements they had to pass would be waived for others. (Parker could not be reached by press time.)

To make things fair, Jackson says, recruits without the necessary college background would start at a lower salary. She recommends deducting $1,800 from the current starting salary of $32,695. Recruits who successfully made up the credits would have that sum returned to them as back pay. "Then they're back equal with everybody else."

Jackson says it's hard to quantify exactly how the current imbalance in the force may affect policing in Richmond. "I would like to think that it's not affecting the service at all or the perception at all from the community," she says, "but I just don't know." —