Jack and the Whale at the Triple 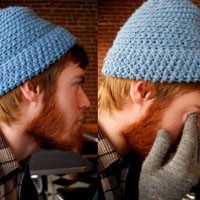 Jack and the Whale is a model of modern-day music acts. Different from the bands of yesteryear, where, say, Frank Black from the Pixies was influenced by ancestors such as the Beach Boys, new arrivals to the scene borrow from contemporaries — relating to Animal Collective more than, say, the Replacements. Based in Williamsburg, Jack Tatum writes acoustic dream-pop melodies about nostalgia and loving certain people at certain times of his life. Jack and the Whale is signed to an independent record label, Sound/Friends, and has its self-titled debut CD out for mailing orders. Catch Jack and the Whale with Modo at 10 p.m. at the Triple on Saturday, Jan 3. $7-$10. 359-7777.