It's True: Ikea Is Coming to Hampton Roads 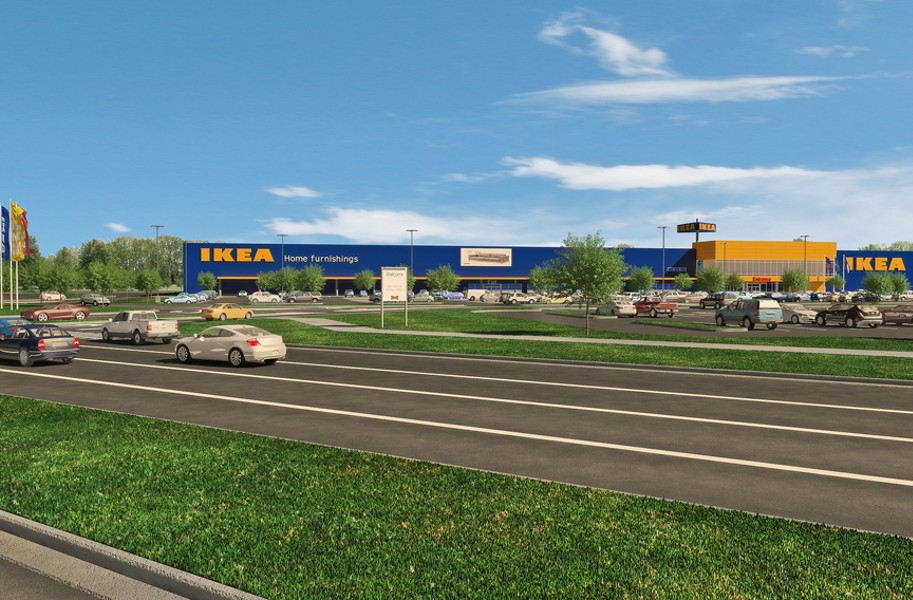 Ikea An architectural rendering of the proposed Ikea.

Ikea is coming to Hampton Roads.

Fair warning, though: Given the construction schedule, you won’t be buying your Ektorps and Lacks in the 757 until mid-2018, according to the Ikea announcement.

Company representatives are expected to join elected officials to announce the 331,000-square-foot new store at an event Tuesday morning at the Slover Library in downtown Norfolk.

Ikea said construction could begin in spring 2017. The new store, which the company said will have 1,000 parking spaces, will occupy 19 acres of a 24-acre wooded plot of land owned by the city just west of Interstate 64 and north of Northampton Boulevard. The whole site has an assessed value of $12.2 million.

Ikea said building in Hampton Roads will support about 500 construction jobs, with another 250 jobs in the store once it opens.

Ikea’s only Virginia store is in Woodbridge, about a three-hour drive from Norfolk and 90 minutes from Richmond. The new one will be near the Norfolk Premium Outlets, which broke ground this month and are set to open next year.

VOTE NOW: Where will you drive for your Ikea fix?

Ikea has hundreds of stores worldwide, but just 42 in the United States, with a 43rd set to open in Memphis, Tenn.

That relative scarcity has made the blue big-box stores highly sought after by those who don’t live near one.

The plans have been in the works for months. According to one person familiar with the talks, city officials referred to Ikea as “Project Neptune” to keep it secret.

“This is one of the fun things about being on city council,” Councilman Tommy Smigiel posted on Facebook this morning. “To know this for a few months and to not be able to say anything has been tough.”