From cloud computing to skin vibrations, the new ways we enjoy our music. 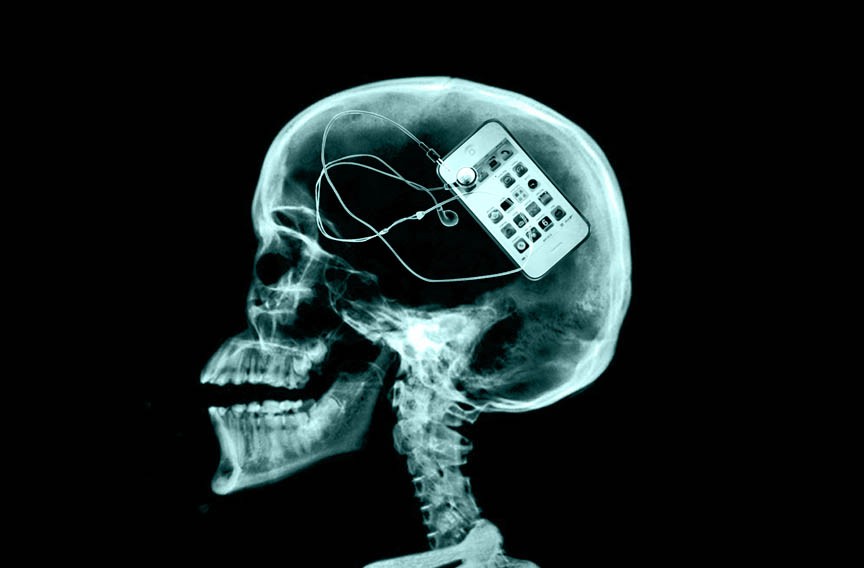 Ever since Apple changed that upper-case letter I in its revolutionary listening device's name, how we hear our music has become extremely personalized. Once revolutionary, personal play lists are passé, and a bevy of new tools expose us to unthinkable amounts of new sound, further defining our tastes while we better understand our preferences.

"We've had mobile music since forever really, the Walkman and things like that," says Jeff Rock, co-founder and creative director of Mobelux, a local application development company. "The real game-changer is ubiquitous network access coupled with music. You've never had that before," Rock says. "Network access on a mobile device is really what is really starting to tweak behavior."

For the uninitiated, cloud computing is the ability to access data stored remotely on the Internet with a computing device without having that data live on the device itself. For the purpose of music consumption and storage, it's invaluable. Apple, Amazon and Google all have cloud services that give you the ability to store and access your entire music library at all times.

While an early MP3 player allowed you store thousands of songs on a device and take them with you, it couldn't load up the last song you saw your friend recommend on Facebook while sitting at a bar. Now, no matter where we are, we can get the music we want immediately.

Services such as Pandora can exist now because bandwidth isn't really an issue anymore, Rock says: "The networks are pretty reliable with pretty thick pipes. You get intelligent throttling. We now have the ability to degrade the audio signal if we know you are in a low network and still give you your music." He adds, "It may not sound as great, but you get your music."

Perhaps no experience online is more user-centric than that of streaming music. Services such as Pandora and Last.fm give you advice about your listening preferences based on the songs you play. With 100 million registered users and accounting for 3.6 percent of all radio listening in the United States, Pandora can link its success to our desire to make music our own. A lesser known gem, Songza, asks you how you want to feel and pulls an expertly compiled play list to suit your mood. "People don't always know what they like when you tell them in a lot of cases, so by analyzing taste and giving them something to listen to is amazing, and it has worked," Rock says. "Amazon has been doing it with products for years. Music is starting to finally do it too."

Nowadays, most streaming resources connect to social media networks such as Facebook, Twitter and Tumblr. While we listen, posts apply our profile real-time. In the case of Facebook, you might see a guilty-pleasure track or two pop up, as its approach is more passive and folks often forget that they've allowed access to everything they've pulled up on Spotify or SoundCloud. Rock suggests that trends are starting to go beyond these sorts of likes and recommendations. Sites such as Turntable.fm engage friends in real-time music sharing, just as if you were sitting in their living room. "Things like that say, 'Here's something I want you to listen to that I like.' That's a very actionable experience," Rock says. "It's making waves a little bit."

Applications are the portal to most of our online lives as well as tools for musical discovery, but they're also helping further define our taste and preference by helping us understand how music is created. A new Propellerhead creation for the iPhone, called Figure, allows an inexperienced user to build a song in three minutes or less using touch. It allows people who may not be musicians to create songs with attention to pitch, key and tempo. With no way to export and share songs, the app is intended to educate and entertain. Garageband is similar in that a user can explore a suite of stringed instruments and learn their nuances. Exposure to these simple tools is helping us better understand the mechanics of music and further define our tastes.

All of this progress begs the question: How personal do we want music to get? We're already moving in the direction of integrating sonics into and onto our physical being. Playbutton and the latest generation iPod Nano have blurred the line between fashion accessory and musical device. Even stranger are products such as Vibe Body Sound headphones that conduct vibrations through your skin and cartilage, ultimately delivering your tunes to the inner ear with pristine clarity.

The technology has arrived but the public receptiveness to these devices may not have ... at least not yet. "One day, that barrier might drop," Rock says. "That's when interesting and telling things will start to happen."