It's All About Her

"All's Well That Ends with Monique" celebrates the self-obsessed and gets a jump-start in social media. 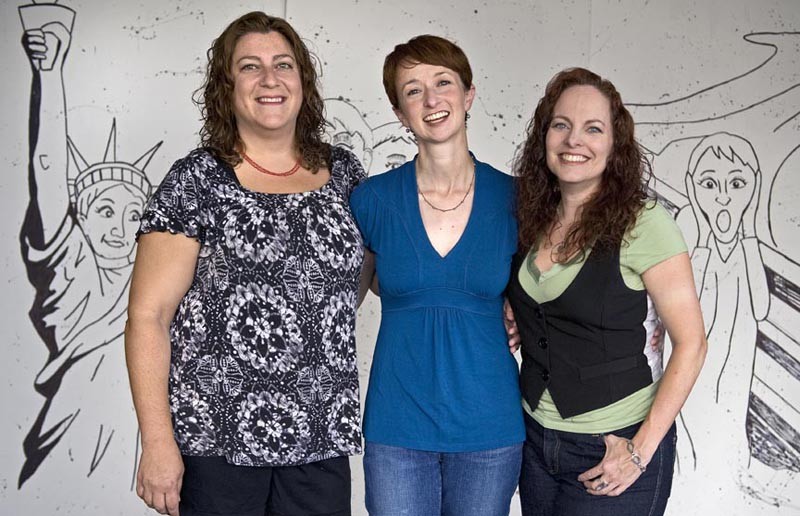 On her Facebook page, she asserts, "I should be on 'American Idol.' ... People idolize me every day."

On her blog, she complains about having to sit in the dark during a play: "Nobody could see how stunning I looked!"

Her Twitter feed is full of such skewed aphorisms as "When life gives you lemons ... take life off your holiday card list."

She is Monique, a character whose cheerful self-delusion creates maelstroms of misadventure in "All's Well That Ends with Monique," the world-premiere comedy that opens at Richmond Triangle Players theater this weekend. And while her life on stage will begin on opening night, she's already a lively presence in various forms of social media, thanks to the innovative efforts of her creators.

"Our idea with the blog and all of the Facebook and Twitter stuff is that Monique isn't just about our production," playwright and producer Amy Berlin says. "We are creating this whole infrastructure for people to tap into to gain insight into this character."

Berlin and co-creator Ann Bucci came up with Monique in 2002. The two met doing improv comedy with the local ComedySportz troupe and wrote a sketch about the most terrible job applicant ever. Amused by their own creation, they expanded the idea into a full-length play they called "Monique's Bad Week" and staged a reading at the Firehouse Theatre in 2004.

The collaborators were thrilled when a play publishing company agreed to publish their script in 2005, and they anxiously waited for theater companies across the country to produce the show. None did.

"I'm glad it didn't get produced," says Donna Coghill, director of both the first reading and the upcoming world premiere. "The character needed to grow a little."

Berlin concurs: "Monique was funny but not likeable. She needed a vulnerable moment." The co-creators revised the work for several years until it re-emerged as "All's Well That Ends with Monique."

In the current story, Monique works as an intern for a theater company, and her self-obsession is indulged because of her grandmother's wealth. When she loses her job and her access to the family money is cut, it seems like her life could be hitting a rough patch. But remaining steadfastly oblivious, she spins her circumstances into new opportunities. "Her journey is clearer now," Coghill says. "And though she doesn't intend to, she has a positive impact on people around her."

During the years the play was in development, social media exploded, creating an avenue perfect for the dissemination of Monique's singular worldview. "In her mind, the glass is not half-empty or half-full, it's always totally overflowing," Coghill says. "And no matter what is happening, it's all about her." This perspective results in entertaining blog posts in which a production of "King Lear" centers on her performance as "audience member in the fifth row."

"She's very deluded," remarks Kristen Swanson, who plays Monique in "All's Well" and will be familiar to audiences because of her long-running stint in the local RoomStore furniture store commercials. "Sometimes I wish I could be so clueless. It must be kind of nice to not really care what other people think."

Berlin's eager to see Monique have a life beyond Richmond. She says the publisher of the original script adores the character and supports the idea of publishing the revised version of her story. Berlin hopes to develop a version of the play specifically for high schools, and expects younger audiences to embrace a persona that comes across so convincingly online. Perhaps it won't be long before teenagers across the country are repeating bon mots from Monique such as, "When life gives you lemons, regift!" S

"All's Well That Ends With Monique" runs July 28-Aug. 6 at the Richmond Triangle Players theater, 1300 Altamont Ave. Call 346-8113 or go to rtriangle.org for tickets. You can learn about Monique at the blog allswellthatendswithmonique.blogspot.com. You can also find Monique on Twitter @BroadwayMonique.