Firehouse's "You Don't Know Me" charts the violence but fails to convince. 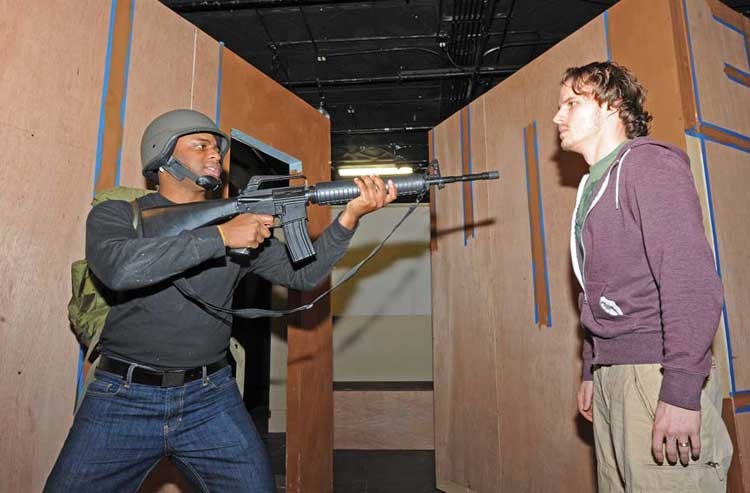 One theme remains consistent throughout "You Don't Know Me: a Trio of One-Act Plays" — the loss of family through violence. That and perhaps the reaffirmation of Firehouse Theater's love of playwright Israel Horovitz.

Horovitz's "What Strong Fences Make" takes place at a checkpoint outside Ramallah in the West Bank. Two old acquaintances reunite only to realize that violent plans have been set into motion. Bill Patton's direction never builds any tension between Uri (CJ Sailor) and Itzhak (Matt Hackman), and the show's stage combat is lacking.

Both of these one-acts make similar points: Politics in the Middle East can be complicated, and criticizing Jews and criticizing Israel aren't the same thing (similarly, Muslims and Palestinians aren't one and the same). Like many of Horovitz's plays, these one-acts put a greater emphasis on the author's ideas than on character development.

The evening's final one-act, Adrienne Kennedy's "Ohio State Murders," is by far the best show of the evening. Speaking at Ohio State University 20 years after she was a student there, Suzanne (Katrinah Carol Lewis) recounts the murder of her twins, produced by an affair with her white professor. Lewis is moving as the narrator reliving her past, supported by effective performances from Restivo as Professor Hampshire and Jessie Jordan as the younger Suzanne.

Kennedy's story loops around and around, the main character slowly revealing a painful chapter in her life. The play conveys what it felt like to be a black woman in the '40s, but overall, "You Don't Know Me" is an ambitious but sometimes underwhelming evening of theater. S