How a force among many helped save a church and spread some wealth. 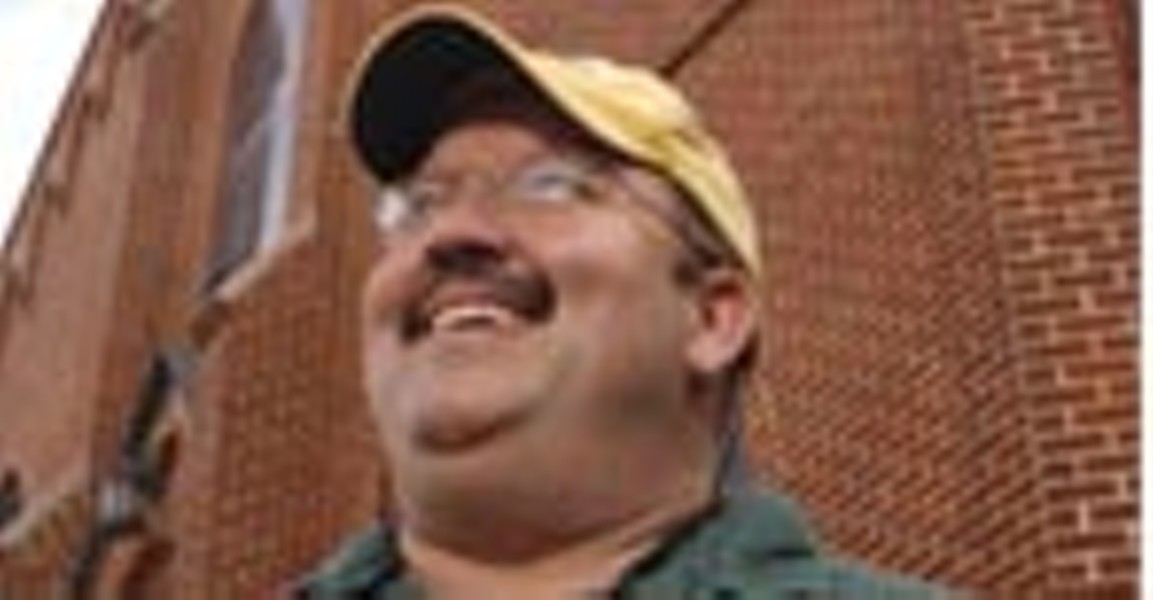 Irish immigrants built St. Patrick Catholic Church, on North 25th Street in Church Hill, in 1859. McCune's wife's ancestors were founding members, he says, at a time when most members lived nearby.

Today, about a hundred parishioners from across the city regularly attend the Rev. Robert Brownell's mass on Sundays. The Catholic Diocese of Richmond, of which St. Patrick's is a part, sold the parochial elementary school of the same name a few years ago, and a developer has turned the building into condos.

But in the midst of a city growing up around the church and an aging and tapering congregation, a kind of shift has occurred that may make St. Patrick's contribution to its community more significant than ever: Its Irish Festival is in the black.

In 1994 St. Patrick's was nearly $100,000 in debt, McCune recalls. For the next decade, across the country, local parishes like St. Patrick's experienced such monetary difficulties that some were forced to close. Yet St. Patrick's persevered. It took an Irish Festival, born in the basement of the church 21 years ago for its members, and turned it into a community event. And what had been a few hours of popcorn, green beer and folk music became a two-day celebration sponsored by Guinness — replete with a sound stage, vendors and a parade. It now takes up four city blocks and attracts nearly 30,000 people.

Last year the Irish Festival made $95,000, McCune says, above and beyond the $50,000 it takes to put on the event. Now that the church is out of debt, he says the "focus is to give it back out to the community," with proceeds benefiting everything from the Association for the Support of Children with Cancer (ASK) to Richmond Hill to the Church Hill Association and its crime-watch program.

McCune eschews credit for the festival's success, asserting that it's the payoff for many months of work by friends and family of St. Patrick's parishioners. But it's McCune who deals with the city to obtain the proper permits — building, street and zoning — as well as with the local fire department, public works department, public health department and the Virginia Department of Alcohol and Beverage Control to receive the proper licenses.

"Sometimes you feel a little like a tennis ball," McCune says of the back-and-forth business of planning that begins in the fall. "We've never had a problem with anybody and we get very few complaints," he says, citing one exception. Before the event moved to Patrick Henry Park on Broad Street, the "music was so loud, it rattled people's china." But if complaints are few, it may be because McCune's philosophy is simple: "You just want to please everybody," he says.

And he appears to please many. "Stokes kind of lit the fire" for what has become the "heart and soul" of a congregation, says Bill Hatch, a "not-an-every-Sunday" Catholic and member of St. Patrick's who's also a vice president with Loveland Distributing Co. "If it weren't for these guys doing what they do," Hatch says of the festival planners, "the church might not be open today."

Loveland got involved with the festival about eight years ago, Hatch says, and helped forge the sponsorship with Guinness. Today Loveland kicks in $10,000 for event advertising, namely for radio spots and posters.

Hatch attributes such partnerships and marketing savvy to McCune, saying he's taken the event to a level that will allow it to "grow and become self-sufficient" and continue long after he and other volunteers are gone.

"It has gotten to be a part of Richmond that people want to copy," he says, referring to organizers of such events as a Filipino festival and the Italian festival. McCune not only gets top-notch performers to play for only beer and food, he also must turn some away, Hatch says.

The 21st Annual Irish Festival appears in all the marketing materials of the River District Alliance, says the booster organization's executive director, Erika Gay. "This event does more than just entertain," Gay says, "it works very closely with the neighborhood and doesn't upset residents. And it draws a great crowd. What Stokes does is bring so many people to the area and into an environment that shows them that Church Hill is no longer a dangerous place."

When the Irish Festival takes place March 25 and 26 at 25th and East Broad streets, McCune will be easy to spy, his friends say. He's the big guy running around talking to everybody with a big smile on his face, disguising the labor it takes to do it.

Richmond defense attorney and musician Bart Chucker says McCune has the ability to cross-pollinate. Chucker met McCune eight years ago when, as a cop, McCune had been a character witness during one of Chucker's trials. Soon after, Chucker met him again at a gig where his band, The Bart Chucker Band, was playing. After a set, McCune approached Chucker, he says, and asked: "Hey, I do this thing called the Irish Festival. Would you be interested in playing? We can't pay you, but we can feed you." Chucker recalls McCune's manner: "It was nothing but a labor of love."

Last year, the Irish Festival doubled as Chucker's release party for his first CD. "Stokes has a loyal following — and they're not just musicians. They range from police officers to prosecutors to defense attorneys to rugby players," Chucker says. Of the festival, he adds: "Stokes is the daddy of it." S