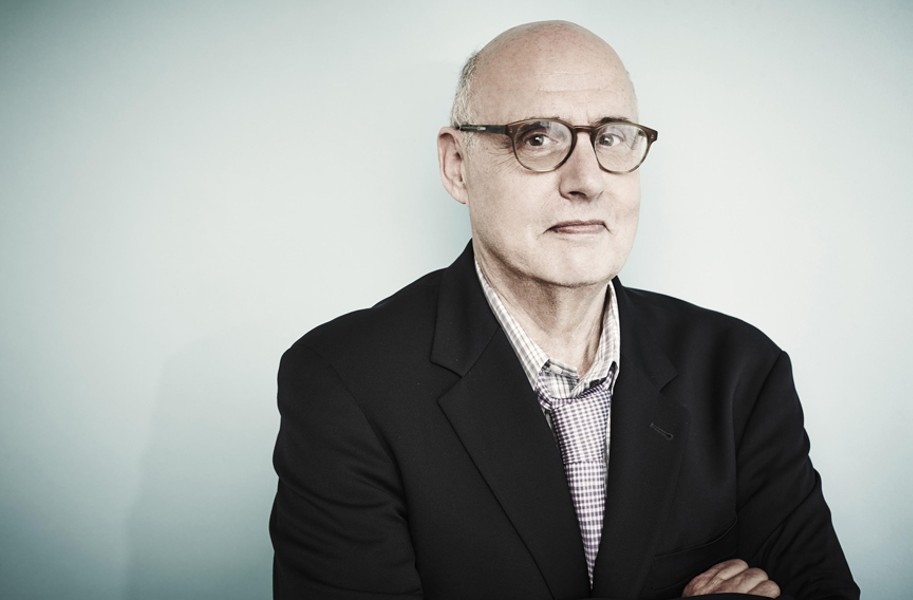 Last month, Jeffrey Tambor won the prime-time Emmy Award for outstanding lead actor in a comedy series for his work on Amazon’s “Transparent,” playing a Jewish grandfather coming out as transgender to his dysfunctional adult children. He also won a Golden Globe for the same role.

Tambor had been nominated for a prime-time Emmy six times before — notably losing to Michael Richards, David Hyde Pierce and Brad Garrett. It happened so often that it was the subject of a gag on Tambor’s cult-hit sitcom “Arrested Development.”

“Things happen when they’re supposed to happen,” says Tambor, who’s coming to town Oct. 28 to speak at the University of Richmond’s Modlin Center. “It’s very nice. I turned 71 [in July] and it’s been a tremendous ride, and I’m looking forward to the debut of our second season, and then in February we’re starting [filming on] our third season. Amazon has really thrown down and supported us.”

Tambor started as a guest star on such classic television series as “Kojak,” “Taxi” and “Barney Miller,” and acting opposite Al Pacino in 1979’s “… And Justice for All.” During his nearly 40-year career in television and film, he’s best known for his roles as Hank Kingsley, the narcissistic second banana on HBO’s “The Larry Sanders Show,” and George Bluth Sr., the family patriarch and ersatz real estate tycoon and guru from Fox’s “Arrested Development,” which Netflix resurrected in 2013.

Because of his prolific acting career, Tambor is as likely to be recognized for those roles as his work in movies as wide-ranging as “The Hangover,” “Hellboy,” and kids’ fare such as “Muppets in Space” or “Eloise at the Plaza.”

First on cable, with HBO, and now with streaming content providers Netflix and Amazon, Tambor has been on the vanguard of acting in new television mediums.

“It seems to be that I like a high diving board,” he says, laughing. “It’s not about risk so much as that I like the edge; I like stories that are authentic. And for some reason — it certainly wasn’t at a planning table or a Ouija board — I hit the trifecta.”

“Gender equality is in the zeitgeist,” he says. “It’s what the world is talking about and the fluidity of the movement is astonishing to behold. It’s a wonderful time to raise children right now with this awareness. It’s very, very exciting.

Tambor, a father of twin 6-year-old boys and a grandfather, says he’ll be talking about that how the world is changing when he comes to Richmond. “Generation Y and Z are so cool about this whole subject that it’s moving very, very quickly,” he says.

In addition to his work on “Transparent,” more “Arrested Development” is in the works. An announcement could come as soon as this month, Tambor teases, but in the meantime he’s most enthusiastic about his national speaking tour of colleges.

“I am as excited about that as I am about anything. I love going and speaking to the colleges,” Tambor says. “It’s my passion, especially in these times … [when] the whole culture is changing. … I love talking to juniors and seniors who are just about to exit the premises with their caps and gowns. … I talk about finding your groove and sticking to your passion and it’s a confidence booster. I talk turkey to the kids.” S

“Performing Your Life: an Evening With Jeffrey Tambor” will be held Oct. 28 at 7:30 p.m. at the University of Richmond’s Modlin Center for the Arts. Tickets are $55 for adults, available at modlin.richmond.edu or by callling 289-8980.