Interview: No Wave Iconoclast Lydia Lunch Recasts Herself as a Spoken-Word Maverick 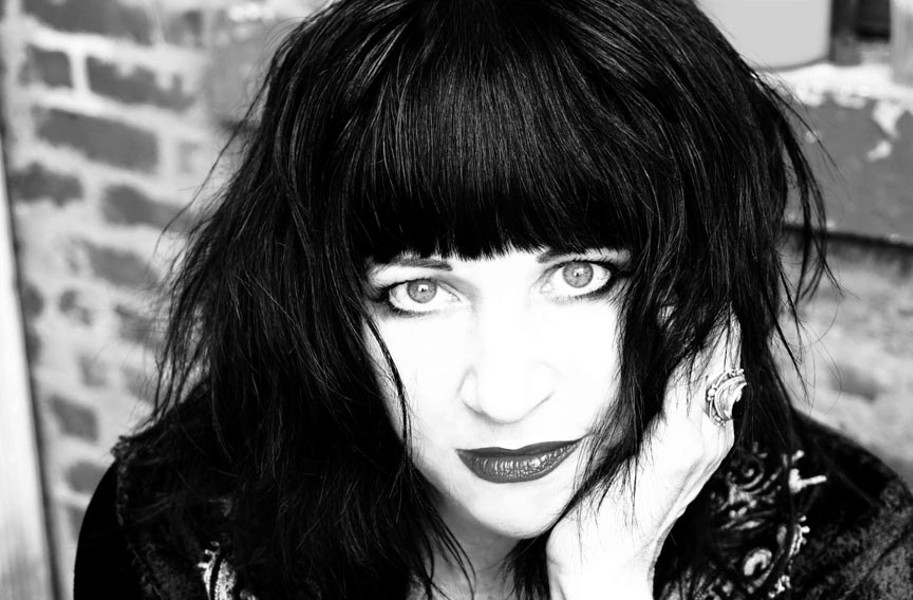 Not long after arriving in New York, a 16-year-old wayward miscreant and would-be artist already had figured out what she wanted to do. Thing is, she didn’t see anyone else doing it amid the city’s 1970s filth.

“I look like Mae West, but I feel like Lenny Bruce,” Lydia Lunch says today, a few decades removed from fronting the foundational Teenage Jesus and the Jerks, a no-wave, herky-jerky, beyond-punk act that for a time also included sax rumbler James Chance.

The spirit of cultural critique has skipped through her various practices, touching on representations of cool in photography, her appearances in film, and a slew of gender and political issues in writings and songs. When she was still a teenager, though, Lunch ostensibly had to create a framework for what she wanted to do.
Forcing her way toward that kind of freedom seemingly ennobled those critiques; she notes the Reagan years found a bunch of punkers and punk-adjacent performers turning to protest while offhandedly quoting X’s “The World’s a Mess, It’s in My Kiss.”

“Protests are great, but ultimately, the ’60s failed,” she says. “It doesn’t ever really work because we can’t get to the 12 corporate kleptocrats who are running everything.”

The solution, Lunch says, is that “we have to get smaller” to focus energy in the personal sphere and within communities. That she’s playing Strange Matter as half of an improvisational duo, then, is supremely logical.

“I’m an economical artist, in a sense. While I’ve been prolific, I only do something when it demands to be done,” Lunch proclaims. “I’m not sitting around doodling or writing a speech; it calls me.”

As Brutal Measures, Lunch is joined by Weasel Walter, who’ll be camped out behind a drum kit and a coterie of electronics for the show.

“She has the mindset of an improviser. She’s very confident and knows her material. She’s open to interacting, spontaneous and lives in the moment,” says Walter, who recently wrapped-up a tour with Cleveland proto-punks X_X. “In a weird way, she really is very musical, dare I say it.”

Lunch is as generous in her appraisal, figuring Walter would be able to get over with a cowbell and a toothpick. The two also perform in Retrovirus, a sort of no wave jukebox, with Lunch running through some of her early works, as well as other compositions from the era. Despite having done a European tour as a duo, neither performer’s keen on concrete plans for their Richmond appearance. There might be projections, but probably not.

The duo’s lone release, issued through Lunch’s Widowspeak Productions, showcases a single 20-minute cut as the two lunge and parry around each other’s impromptu expressions of poesy and music.

“When we did Europe, a lot of it was dystopic. It wasn’t political or interpersonal. It was actually a poetic of a different format,” Lunch recalls, saying that whatever text she performs is fresh and, at least in part, pulled in from immediate experiences. “It’s liberating to me, because he might put something in underneath me. But because the monologue isn’t strict, like a song. ... It’s just finding another language pertinent to the emotional state at the time.”

The language Lunch grew up being enamored of sprung from the writing of folks she’s named checked over time: Jean Genet, Henry Miller and Hubert Selby.

“I thought there was a big hole for a female voice in that crew,” she says, adding to that list a bit with Violette Leduc and Mary Daly. “I think there was no female voice talking about the issues I felt needed to be dealt with, whether it was trauma, depression, anger, the microcosm of a fascist relationship. ... What’s interesting is that my situation only was unique in the details: Pain and trauma are universal problems. And, of course, that reflects what goes on in a bigger sense.”

Lunch is aware that, since the Reagan era, there hasn’t been tremendous advancement in a wholesale list of worldwide problems. She’s waiting for it to all “bottom out” before there’s genuine improvement. While she waits, though, her brutal improv might be of some assistance.

Brutal Measures and Grails play Strange Matter on Saturday, Oct. 21, at 8 p.m. Tickets cost $13 in advance and $15 on the day of the show. 18 and older. strangematterrva.com.