Will Facebook's Libra upend the entire financial sector? And other burning questions. 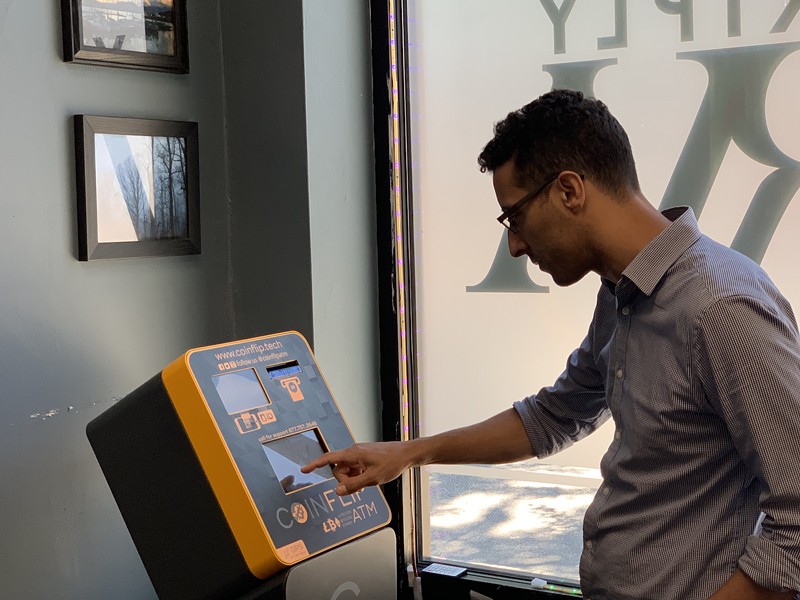 New Richmond law firm, the Law Office of Alex Mejias, wants to be ahead of the curve on new forms of currency and, more broadly, blockchain technology.

“My goal is to help clients navigate the murky and ever-changing regulatory landscape while also helping with core legal services such as entity formation, assistance with raising capital, protection of intellectual property and contracts,” Mejias noted in a press release. “I also provide business and technical consulting on how to accept, obtain, transfer and store digital currencies as well as how to create new applications using blockchain technology.”

His practice has already grown beyond central Virginia, he notes, including work with companies from New York to Louisiana.

For those who don't know much about bitcoin and the changing landscape for digital currency, we interviewed Mejias by email to get a primer of sorts and better understand the issues he faces:

Style Weekly: What is bitcoin?

Alex Mejias: Bitcoin is a virtual currency native to the internet. It is virtual (or digital) because there are no physical bitcoins. It is peer-to-peer because there is no central authority that issues bitcoins like the U.S. Treasury mints and issues U.S. Dollars. Rather, individuals and business transact directly with one another through the Bitcoin network.

And what is blockchain and how is it related to bitcoin?

A blockchain is one of the technologies used to power bitcoin and other digital currencies and tokens. It is simply a collection of “blocks” of information (think of each block as a page in a journal or ledger) linked together over time as each new block is added. Each block contains information about who owns how much bitcoin at the time the block is added to the blockchain.

What evidence is there that people in Richmond are using or investing in bitcoin?

I think the three biggest indicators are the presence of several bitcoin ATMs (seven as of now) in Metro Richmond area, multiple meet-up groups that have launched in the last few years, and actual companies in the space, such as Rare Art, Afloat, and TraceRX.

How do most people in the Richmond area use bitcoin? Where are the bitcoin ATMs located?

It’s hard to know exactly how people are using bitcoin in the area, but typically in the U.S. people are using bitcoin as an investment and as a form of payment. Over the past 10 years, bitcoin has grown from less than a penny to over $12,000, outperforming every other asset class ... There are bitcoin ATMs in Church Hill, VCU area, Forest Hill Area, Lakeside, Glen Allen, on the South Side near the VA, and on Iron Bridge Road in Chesterfield.

So what are the biggest legal issues surrounding bitcoin and the people that hold bitcoin? Is this a growing legal field?

There are several legal issues surrounding bitcoin and other cryptocurrencies. In the U.S., the Securities and Exchange Commission (SEC), the IRS, U.S. Treasury Department’s Financial Crimes Enforcement Network (FinCEN), the Commodity Futures Trading Commission (CFTC), and state regulators have all exerted jurisdiction over cryptocurrencies in one way or another. While bitcoin itself is largely viewed as a currency, there are tax issues related to the purchase and sale of bitcoin. Businesses that provide services are subject to money transmitter laws at both the state and federal levels.

Because the technology is so new, much of the legal landscape is murky at best. Both regulators and the courts are limited to applying laws that were not designed to handle digital currencies. Over the last two years, states have begun to provide clarity through legislation pertaining to cryptocurrency. At the federal level, several bills have been proposed, but none have made it very far yet. However, I believe we will see more and more regulatory clarity in the next couple of years.

It is definitely a growing legal field, but there are still very few legal professionals who understand how cryptocurrencies work.

How does Facebook's Libra, which was in the news lately, affect this whole field, considering it is backed by powerful players?

Facebook Libra, if it successfully launches, will have a major impact on the world, not just the world of cryptocurrency. It’s an incredibly ambitious project that has the potential to upend the entire financial sector - particularly banks, lenders, and international money transmitters (e.g., Western Union).

It will inevitably introduce millions to cryptocurrency and that may have a really positive impact on bitcoin and other public blockchain networks. However, in the meantime, it will be scrutinized and likely opposed by governments and incumbents in the financial industry.

Why would somebody want to buy bitcoin -- and what is stopping more people from buying it, the cost of trading bitcoin?

There are lots of reasons that people buy bitcoin and much of the motivation is dependent upon where you live. Here in the U.S., where we have a stable and functional currency (the U.S. Dollar), many people purchase bitcoin as an investment. In other parts of the world, bitcoin may provide an attractive alternative to hyper-inflated currencies or as a way to remit payments internationally.

What does someone do who wants to purchase bitcoin? Is there a bank or some organization that handles it?

There are lots of ways to purchase bitcoin. There’s no bank or central authority that sell bitcoin, but there are many companies that sell bitcoin, such as exchanges. Probably the easiest way would be to use the Cash App, which allows users to buy and sell bitcoin with a few clicks.

How would a business go about accepting bitcoin?

It’s really easy to accept bitcoin if you’re a business. It can be as simple as providing your customers with an alphanumeric “public key” or QR code, which are generated by all bitcoin wallets. There are also payment processors, such as BitPay or Coinbase Commerce, that make accepting bitcoin online or in person really easy if you’re looking for more of a turnkey solution.

Are there other applications for blockchain?

We are still in the early phases of discovering all of the use cases for blockchain technology, but there are lots of companies that are experimenting with many different applications of the technology. They are exploring everything from supply chain management, medical records, lending, real estate, voting, and more. It’s probably too early to know which of these and other use cases will benefit from a blockchain based infrastructure, but I’m excited to see projects try to tackle challenges like access to voting with the technology.

What is there about bitcoin that gives it value?

Scarcity. Bitcoin has a fixed supply of 21,000,000 bitcoins that will ever be created. More than anything, bitcoin’s monetary policy necessarily will cause the price to increase versus inflationary currencies such as the U.S. Dollar. Beyond its scarcity, bitcoin is an incredibly secure and convenient means of moving large sums of money long distances in very little time. The traditional banking sector cannot compete with the speed and fees of bitcoin.

Is there a bitcoin market that fluctuates – and if so what influences increases and decreases in value?

Yes, bitcoin is actively traded 24 hours a day, 7 days a week and there is an active futures market. There are lots of bitcoin traders that offer analysis on the price of bitcoin and there are some who look at certain events to predict price movements. My personal opinion is that no one really knows what drives the price up or down, though there have been occasional circumstances, such as the liquidation of a large block of bitcoin, that have clearly affected the price.

How long has there been access to bitcoin in Richmond?

To my knowledge, not many stores in the area accept bitcoin. A while back Triple Crossing Beer announced that they would accept bitcoin in their tasting room. I think it’s more common for service providers to accept bitcoin (I accept it, for example) and some even offer a discount for paying with bitcoin. Otherwise, there are lots of online retailers and stores that accept bitcoin, such as Overstock.com.