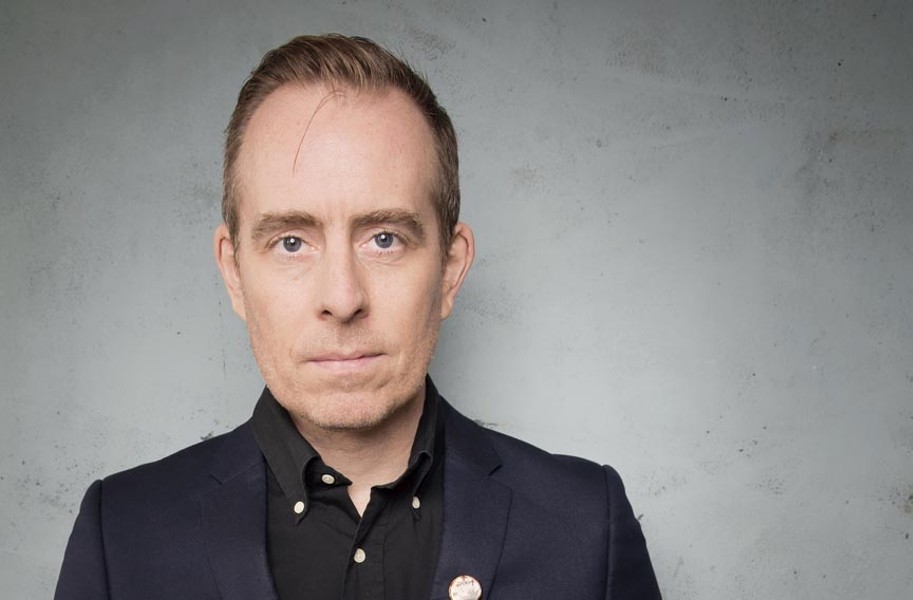 Ted Leo has some very devoted fans. For proof of this, search Google for the words “Ted Leo tattoo” sometime. Following a seven-year absence from touring, a re-energized Leo seems happy to be back onstage and playing for those who’ve been patiently awaiting his return.

“It’s been such a furious few months of work to get the band together and on the road that I barely had time to actually live in the moment of being out there playing music again,” he admits. “But then we actually got on the road, and we’re playing the songs live, and it’s like ‘Oh, yeah. … This is great. I love doing this!’”

Leo’s reputation rests on a series of smart, scrappy albums dating back to the early ’90s when, after disbanding his hardcore band Citizen’s Arrest, he formed the caffeinated mod-rock band Chisel, a group endearingly out of step with the screamo and tough-guy hardcore of his New Jersey base. Since then, Leo — a solo artist since 1999 — has become something of an indie-rock elder statesman, the kind of guy who remembers touring before the ubiquity of GPS and cell phones and who can still count on fans to pack venues and shout along to his lyrics.

Leo and an augmented version of his band the Pharmacists, which includes longtime bassist and Richmonder Marty “Violence” Key, will perform at Strange Matter on Monday, Oct. 23, supporting Leo’s latest album, “The Hanged Man.” Largely performed, recorded, produced and mixed by Leo in his home studio, the album is the songwriter’s most fully realized work since 2003 milestone “Hearts of Oak.” The album’s sonic palette, which includes pianos, saxophones, drum machines, string samples, and, on one song, a choir, was influenced by Leo’s time off from rigorous touring.

“The records that I made between [2001’s] ‘The Tyranny of Distance’ and now were absolutely as they should have been,” Leo says. “But the way I was writing those records was informed by the fact that I was constantly on the road, just hammering it out for years, night after night. I think having this downtime enabled me to think differently about some things.”

While radical experimentation is not new to Leo — the first album released under his own name, 1999’s “Tej Leo(?), Rx / pharmacists,” is sort of Leo’s “Sandinista” — “The Hanged Man” is the first album on which he has experimented so daringly while retaining the pugnacious punk pop for which he is known and loved. For a man 30 years into the game who just recently purchased his first acoustic guitar, longtime fans may be surprised by how gracefully Leo tempers his trademark exuberance with a sophistication commonly associated with so-called prestige artists. The album’s second single, “Can’t Go Back,” for instance, featuring legendary New York emcee Jean Grae, suggests Leo may have absorbed a trick or two from his pal and occasional foil Aimee Mann, while “The Little Smug Supper Club” recalls the knotty pop of Elvis Costello circa “Imperial Bedroom.” And yet Leo’s singular approach to narrative, personal and political songwriting — think Joe Strummer on a steady diet of Howard Zinn and punk zine Cometbus — remains admirably intact.

Leo has spoken openly about personal trials and tribulations endured during the past seven years in the relative wilderness, and the lyrical themes of “The Hanged Man” address these events: Leo’s wife Jodi’s miscarriage, the split from his record label under not-totally-amicable terms, coming to terms with sexual abuse suffered as a child, and the spiritual hangover resulting from the election of Donald Trump. The album’s title becomes significant in light of these details: The Hanged Man of tarot cards is usually associated with surrender but can also mean resignation to the things we cannot change.

“It’s about pausing,” Leo clarifies, “with the idea that wisdom is going to come from just stopping for a moment and letting yourself dangle from the world tree. This is literally what I’ve been trying to do, and that idea suffuses the whole process of the creation of the album for me.”

“I see plenty of horrible shit go on,” says Leo, “but I also know so many amazing people doing so many amazing things, it’s hard to not at least dignify that goodness by forcing yourself to retain some kind of optimism.” S

Ted Leo and the Pharmacists perform with Ian Sweet and DJ Adam Against at Strange Matter on Monday, Oct. 23. Doors open at 7 p.m. with a $15 cover. All ages.