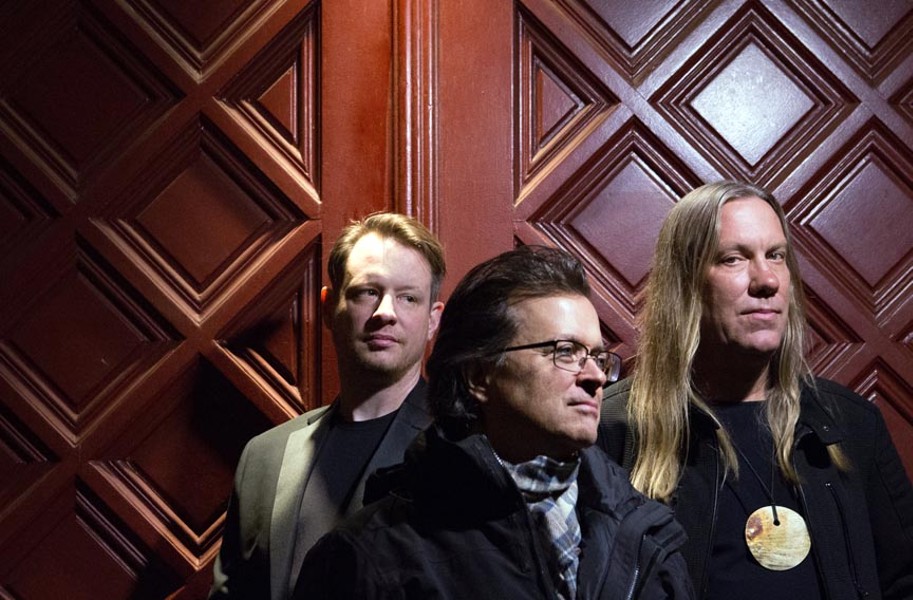 It’s been 33 years since the Violent Femmes released their self-titled debut album, which is a jarring piece of trivia in itself. But here’s another tidbit almost as startling: Almost half of that time was spent waiting for the band to release a follow-up to its 2000 album, “Freak Magnet.”

Just when fans thought that hoping for a new studio record was a waste of time and energy, the Femmes pulled “We Can Do Anything” out of their hat in March, delivering 10 tracks with as much energy as their previous efforts.

Style spoke with lead singer and songwriter Gordon Gano about the band’s new album, the spontaneity of its song selections in concert and the oddity of playing himself on “Sabrina the Teenage Witch.”

Style: The title of the new album is apropos: There are some who thought the Violent Femmes would never release any new material, but damned if you didn’t.

Gano: That is exactly the thinking [laughs]. For anybody else, it would seem like it shouldn’t be that incredible, but for us, it’s nearly miraculous!

There was a story making the rounds a few years ago about how you guys had started reaching out to other songwriters for material.

Really? [Bursts out laughing]. I’ve never heard of that! Now, that doesn’t mean that somebody didn’t do that, but now you know it wasn’t me. … Whoever it was didn’t tell me about it! There also had been some misinformation spread around that I didn’t have any more songs, or I wasn’t writing songs, and that just was never the case. Isn’t that funny? I know nothing about this! This is all news to me. How long ago did this happen? Because if you just ran into somebody yesterday and they were telling you that this is what they’re doing now. …

No, no, a buddy of mine interviewed Marshall Crenshaw six or seven years ago and Crenshaw mentioned it to him back then.

That’s funny! How strange … and maybe strange for Marshall Crenshaw or other people. I would think that a reasonable question to ask would be: “Really? He doesn’t have any more songs?” Although sometimes recently I’ve been asked that, or it’s sort of come up, because there are some co-writes on the new album. There’s also a cover song that I didn’t write: “What You Really Mean.” It’s a song that my sister wrote years ago that I’ve always loved and have not been successful in getting anyone else to record it, so I finally thought, “Well, why don’t we do it?” And I love it! It’s one of my favorite tracks on the album and I think it could be the most beautiful-sounding thing we’ve ever recorded, just in the song and how we played it and approached it.

You’ve got to play new songs alongside fan favorites. Will you dig a little deeper into the catalog too?

Oh, yes. We’ve always done that. And as you say, we’ll be playing new songs as well. But something we try to do — even though we don’t always achieve it — is to have the thought, “It’d be nice if we could do even one song from each of our albums rather than have one that we don’t play anything from.” I’d say we manage to do it nearly all the time. But we don’t have a set list. We’ve never used a set list. Brian Ritchie, the bass player, will call off songs, and they tend to fall into certain patterns, certain ones that we’ll end up doing regularly, but there’s always something different every time we play. Always some song we haven’t played in a long time.

What do you recall about the experience of the Violent Femmes being on “Sabrina the Teenage Witch”?

The thing I remember most about that now is not the event itself, but from some time after the fact, when a friend said to me: “I saw you on ‘Sabrina the Teenage Witch.’ What were you doing on there!” And I’m glad he asked it that way, because I was able to immediately offer the response, “What were you doing watching it?” [Laughs]. And yet that sounds like I’m negative about the show. I’m not. It wasn’t a show I was into, and I don’t get anybody coming up to me once a year and saying, “That’s the coolest show ever, and that was great you were on it” — which is what they say about [my appearance on] “The Adventures of Pete and Pete”!

Sabrina was a challenge, though. I cringe watching it now. I mean, it was fun to do, but it was also very strange to me, because the character I’m playing. … it’s supposed to be me. My name’s Gordon Gano, the band’s supposed to be the Violent Femmes, and yet I’m given exact words to say that I would never say and ways to be I would never be. I don’t know, maybe I’m getting too much into actor-land here, but that made the entire thing incredibly weird and phony to me — which I think I captured with my acting! S

The Violent Femmes perform at the National on Wednesday, June 15.