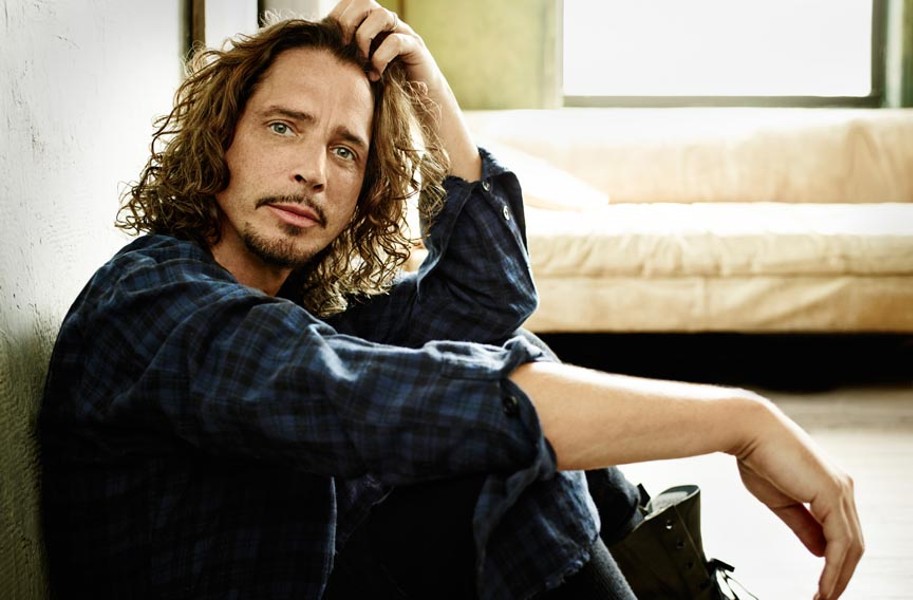 Chris Cornell of Soundgarden fame has mellowed some now that he’s in his 50s and living in Florida. He’ll be performing solo acoustic music here as part of his Higher Truth tour.

A lot has changed for Chris Cornell since he founded Soundgarden, one of the seminal bands of alternative rock back in 1984.

The blue-eyed frontman bared his soul — and sun-kissed, rock-god body — through howling, emotive songs that eventually helped define a genre and a generation in the ’90s alongside bands Nirvana, Alice in Chains and Mudhoney.

By most accounts, he became a full-blown star and endured the trappings that come with it — tumultuous relationships and addiction among them. Now 51, the Grammy-winning artist is a married father of two who’s far more interested in making meaningful songs.

“I always felt like the wolves could come to the door any time,” Cornell says. “I was pretty realistic about that early on.”

He recalls a career-defining moment that happened when he was only 18. Cornell had previously played in a cover band called the Shemps.

“I was driving home from a restaurant gig thinking: ‘It doesn’t matter to me if it’s hugely successful, it matters that we get to create our own songs and art. I don’t care if I have to break concrete if that supports the art,’” he says. “I didn’t want to play Police covers in the back of a Chinese restaurant, that’s not me. … Something felt really settled in me when I thought that.”

His original band Soundgarden went on to make its name in the Seattle area well before its renowned 1994 release, “Superunknown,” dropped a bag full of earworms like “Black Hole Sun” and “Spoonman.” Cornell credits the gradual rise with grounding the band.

“We weren’t a band that had overnight success, it came slowly and with a lot of effort,” he says. “Our heads were pretty straight when we did experience success.”

It was the first band in that grunge scene to get signed by a major label, A&M Records, and its debut, “Ultramega OK,” managed to snag a Grammy nomination for best metal performance in 1990. It also spent quality time with legendary indie label Sub Pop.

Five successful albums and some creative differences later, the group split. Fans of Cornell’s unmistakable wails were left to get their fix through side projects such as Temple of the Dog, Audioslave and solo work until Soundgarden reunited to headline Lollapalooza in 2010.

When asked about his thoughts on kids who are reaching back into the Soundgarden catalog for inspiration, he’s both flattered and frustrated.

“[A television show like ‘The Voice’] has completely taken the focus off of creativity,” he says. “It’s all how you present yourself. And the outside judgment of what someone’s creative process is? It’s just ludicrous and the opposite of what rock music is certainly. … The first foot forward in writing a rock song is rejecting popular thought.”

The constant for Cornell remains his craft, powerhouse performance and willingness to take a creative risk or two. He’s recorded a slow blues cover of Michael Jackson’s “Billie Jean” and penned the theme song for a Bond film, “You Know My Name,” for Casino Royale. On the flipside, critics annihilated his work with Timbaland on his third album, “Scream.”

“Music for me has always been escapism,” Cornell says. “A good song, it draws you into its environment, which can then become the soundtrack to yours. The home run is when a song becomes the soundtrack of a fan and marks important periods of their life for years. You can’t think about that when you are writing though.”

Cornell’s acoustic “Songbook” live recording and latest full-length, “Higher Truth,” are a glorious return to a bare-bones approach that leans into the singer’s influences such as the Beatles, Elvis Costello and late friend Jeff Buckley. Recent set lists from this tour also have included Prince and Bob Dylan covers.

“What’s surprising is how advanced they were as human beings, observing the world around them,” the singer notes. “They were so much further along at a young age than most songwriters are. I learned a lot about life from other songwriters.”

Because of some legal mumbo jumbo, Cornell has waited 25 years to get his hands on the masters for Temple of the Dog’s self-titled album. There’s talk of releasing a special 25th-anniversary edition, but what about possible reunions and recordings with all those side projects?

“I’m always hopeful that things I’ve done in the past will rear their heads again,” he says. “Don’t ever count any of it out.” S

Chris Cornell plays the Carpenter Theater on June 22 at 7:30 p.m. with Fantastic Negrito. Tickets are $58-$99. Find information at richmondcenterstage.com.