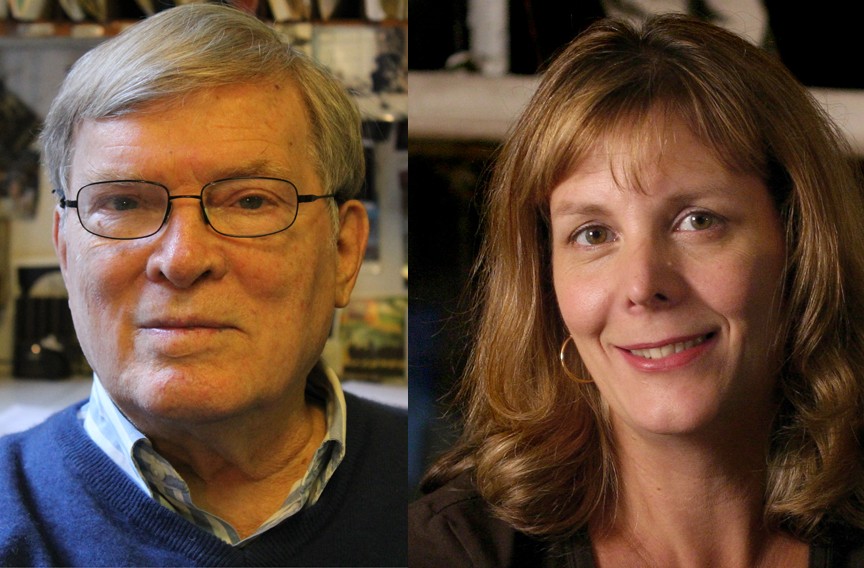 Nobody was surprised four years ago when D.A. Pennebaker won an Oscar for lifetime achievement. One of the great chroniclers of the sixties, the 91-year-old filmmaker, who lived in Richmond as a child, is a true pioneer of the documentary world. In particular, the direct cinema style which sought to make the audience unaware of the camera, a North American cousin of the cinéma vérité movement.

An engineer before becoming a filmmaker, Pennebaker helped develop the first fully portable 16 mm synchronized camera and sound recording systems in the early 1960s, used to great effect in his classic music docs “Monterey Pop,” which is one of the greatest concert films of all time, “Ziggy Stardust and the Spiders from Mars” and “Don’t Look Back,” which follows Bob Dylan on his legendary 1966 tour of England.

Since then, Pennebaker also has worked with the Clintons, the Kennedys, Depeche Mode and many others while making nearly 50 documentaries, roughly half with his wife, Chris Hegedus, a 64-year-old documentary filmmaker who shares his passion.

What you may not know is that Pennebaker lived in Richmond as a child and attended a private school here.

“I think I attended a school called St. Christopher’s for a few years,” Pennebaker says by phone from New York, joined by his wife. He explains that he was living here with an uncle who worked for Eastern Airlines. “All I remember were the firecrackers at Christmas,” he adds. “People in New York thought that was crazy.”

Next weekend, the pair is presenting two of their films at the Virginia Film Festival in Charlottesville: the Oscar-nominated Bill Clinton campaign film, “The War Room” (1999), which includes an appearance by CNN’s Paul Begala, as well as their latest feature, “Unlocking the Cage,” which follows the battle waged by animal rights lawyer Steven Wise, who’s been seeking legal rights for animals such as chimpanzees.

“When you do a film, you do it because you’re fascinated by a person who wants this more than anything else,” Pennebaker says. “That draws you in.”

“I don’t think we make films about adversarial subjects,” Hegedus adds. “We tend to be rooting for our characters. ... Things can change very quickly today. Look at gay marriage. I think there’s an opening now in the culture, pushed on by social media, and animals are one [issue] that is pushing the fastest.”

Hegedus notes that during the filming, the National Institute of Health decided it wasn’t going to use animals for testing anymore, while other groups such as Sea World and Ringling Bros. and Barnum & Bailey are crumpling in the face of public pressure.

The directors will be appearing at the festival with another famous documentarian, Werner Herzog, who isn't a big fan.

“Herzog has always wanted to punch us out, I think. I’ve only met him once,” Pennebaker says. “I think it had to do with [Richard] Leacock [one of the British founders of cinéma vérité], his determined enemy” [Leacock was also an assistant cameraman on "Monterey Pop"].

“He’s not a fan of cinéma vérité style,” Hegedus says, “but I like his films.”

A more recent filmmaker whose work they both enjoy is a former student of theirs at Yale, Josh Kriegman, who made the new doc “Weiner,” about beleaguered former New York congressman Anthony Weiner.

“Josh was basically his body man during his campaign and had incredible access," Hegedus explains. "That’s what it’s really about."

So what happens when married filmmakers disagree while working?

“We usually get divorced,” Hegedus jokes. “No, I think since we have the same goal, in the end it usually works out.”

Regarding his old friend, Dylan, Pennebaker says he wasn’t totally surprised by his recent Nobel Prize win. “He’s such an enigma. ... People know he’s special. I think the Nobel people want to make a historical reference to this.”

However, he doesn’t think Dylan will give the nearly million-dollar monetary award to any literary cause, if he even accepts the award that is. “He counts the house,” Pennebaker recalls. “When he was performing he always went to figure out how much they took in.”

The director says at the time of shooting “Don’t Look Back” that he didn’t know much about Dylan, or that he was documenting the dissolution of Dylan and Joan Baez’s relationship.

“In the end, I assumed [manager] Albert [Grossman] wanted me to make the film to help sell concert tickets. After two or three days wandering around with Dylan and Bob Neuwirth and Joan, I wasn’t so interested in making a musical film but in what he was talking about when he talked to people. He was so full of wonderful idea-grams.”

Pennebaker intuited that at some future date, people would want to know what Dylan was like. “I thought about when Byron and Shelley hung out in Italy, causing a big furor. If someone had been around with a camera we’d still be looking at it.”

Regarding “The War Room,” Pennebaker thinks there are still people who can get the same kind of access they got during the 1992 Clinton campaign.

“Now people are always on the phone. That maybe changes how close you can get, but [directors] will find other ways to do it,” he says. “There are tons of great stories out there in local politics if you spend the time.”

Hegedus says she’s working on a virtual reality project about tiger abuse in America that will involve their ongoing fascination with the evolution of film language. “It’s the new Wild West,” she says of the technology.

Speaking of local politics, might they be interested in tackling the Joe Morrissey story in virtual reality, after I tell them the dramatic details?

“Oh, it sounds like a great story,” Hegedus says, laughing.

For times on film screenings and talks, visit virginiafilmfestival.org.