Interview: Film Producer Michael Gottwald Has Another Indie Hit On His Hands With “Patti Cake$” 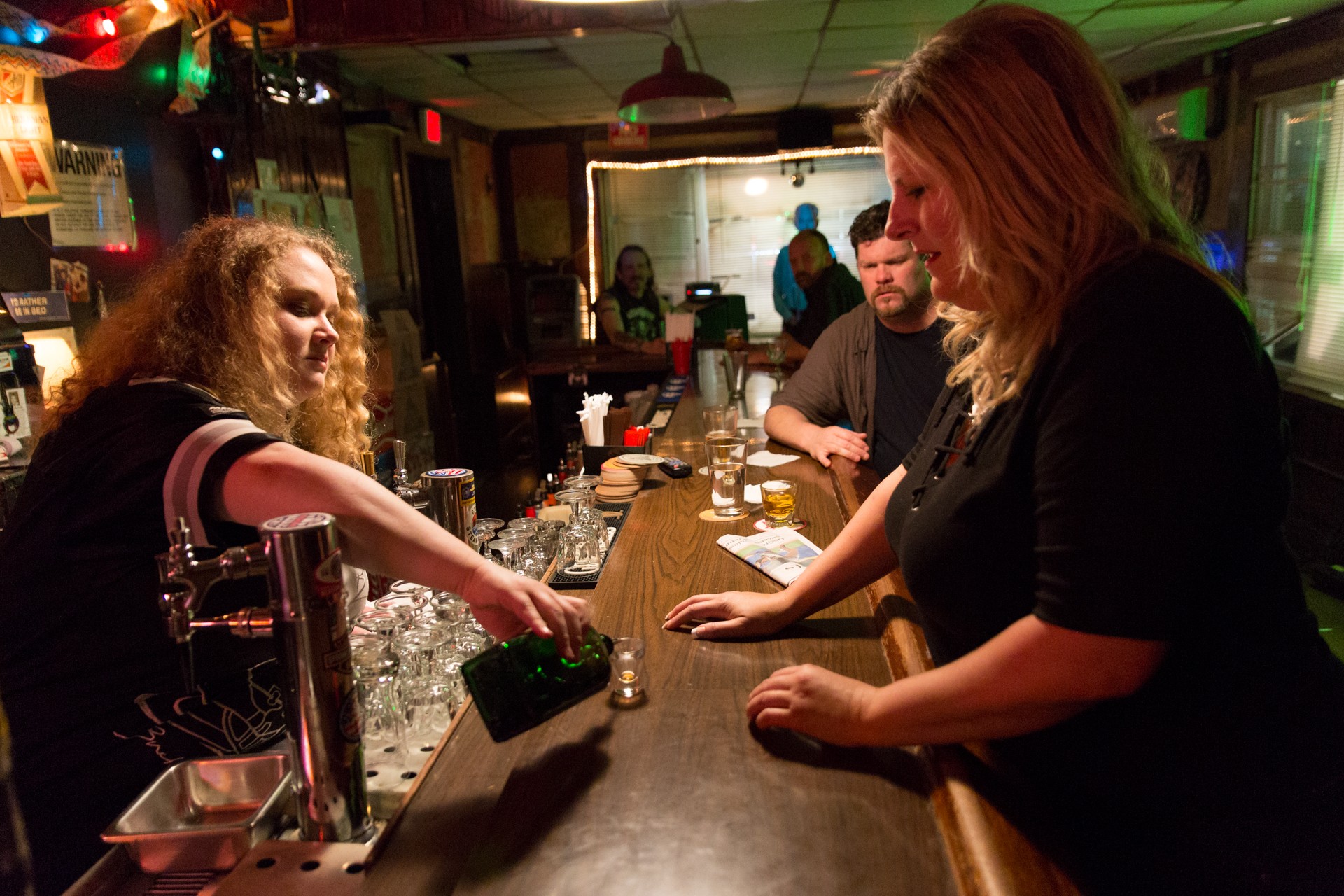 She’s an overweight, struggling white rapper from Jersey who gets called Dumbo when she walks down the street. But in her heart she’s Killer-P, a force to be reckoned with and the life-affirming star of the new indie film, “Patti Cake$” which drew standing ovations at Sundance and Cannes earlier this year.

Written and directed by Geremy Jasper, the movie has been racking up stellar reviews with top critics hailing Australian actress Danielle MacDonald, who plays Patti, as nothing less than brilliant in a “star-making” turn. Acquired for $9.5 million by Fox Searchlight Pictures, the film looks to be the second big indie hit for Richmond-raised producer Michael Gottwald, who attended Collegiate High School. His biggest previous success was the Oscar-nominated film, “Beasts of the Southern Wild” from 2012.

The 34-year-old Gottwald recently moved from New Orleans to New York, he says, but he will be presenting the film and holding a Q&A at Bowtie Movieland on Thursday, Aug. 31 at 5:35 p.m. and 8:10 p.m. These screenings are for family and friends, as well as the public - and the film is playing there all week in a preview lead-up to the big Labor day weekend.

Style Weekly: So how did you get involved in this project?

Michael Gottwald: My first foray into film in general after college was a short film in New Orleans that a college friend of mine was making called “Glory at Sea.” His name was Benh Zeitlin and I went down there to work on it with him, see whatever he needed to get done. It just so happened that Benh always works with non-professional actors. A person he had in one of the main roles was a friend of a friend named Geremy Jasper, who was transitioning from being a musician to becoming a music video director.

That production lasted months longer than it should have. And we sort of kidnapped Geremy, spent a lot of time with him in New Orleans waiting around for the film to be ready to shoot. During that downtime he started talking about films he wanted to make. Cut to 10 years later and we’re putting out his film. Some momentum came after “Beasts of the Southern Wild,” which was by the same director as “Glory at Sea,” and we started working with other directors then came back to Geremy.

[Director Geremy Jasper] always said you could see how the next big thing in hip hop could be a plus-size white girl from the suburbs – as rap become more and more popular. So he wrote the origin story of that fictional person.

Geremy went to the same college we did [Wesleyan] although we were years apart. He was in a rock band in early 2000s called the Fever. He just started to make music videos, short branded content things, but I think music and art was always sort of welded together for him. Patti is like an alter ego for him. A lot of what she goes through in the film is close to what he experienced as a restless 23-year-old living in his parents’ basement in Jersey, a creative soul wanting to get out.

What did your experience with “Beasts” teach you about having an indie hit on your hands and that whole ride?

That’s a good question. When I showed the first “Beasts” screening in Richmond, a ton of people sold out the Westhampton Theater, rest in peace. I think it was the leading theater in the country regarding the box office for “Beasts” right under the Sunshine Theater in Manhattan. So this was right when that movie was taking off to becoming more known in the larger landscape. That showed me that reaching out to friends and family and their support really matters in practical ways, as well as emotional ways. That can lead to a groundswell of attraction to the film; the first step in a bunch of other larger steps toward the film’s success.

So that’s what I’m hoping “Patti Cake$” does in Richmond as well. I harass people on Facebook to go see it [laughs]. It might feel like a drop in a bucket, but its not.

We got a very warm reception at Sundance and Cannes this year. It’s becoming harder [to get attention] now with this noisy world and the changing landscape and how people consume films. It can be harder for independent films. Success on the film circuit is one thing, but we hope people will come out to see it.

It sounds like there’s Oscar buzz building around some of the performances in “Patti Cake$” -- Danielle had to not only learn a Jersey accent but also had to learn to rap, she had no previous experience with that genre even as a listener. Do you have a sense of what will be pushed come award season?

Danielle is definitely, what she pulls off in the film is incredible so it makes sense. People are also talking about the supporting role for Cathy Moriarty as her grandmother. Geremy, the writer and director, also created a whole soundtrack that is crucial. Fingers crossed for something like that, too. The soundtrack is out there now, we did a coordinated thing with two videos, the soundtrack along with the film. People love the music from the film.

As always, it feels like timing is important here. Why do you think her character works so well in 2017? Were you nervous about cultural appropriation issues with a main character who is a white rapper?

It’s certainly something we had to be aware of – you walk a balance of just wanting to tell Patti’s story. In order to be intimate with her character, you don’t want to create too much noise around it. But with a white girl rapping, we knew it would be dishonest if she didn’t encounter doubt or suspicion from a cultural appropriation standpoint.

I hope it comes about in the film in an organic way. We wanted Patti to be herself, I don’t think you need a neon sign signaling with huge gestures something obvious. So that’s the approach we took.

In terms of her being the perfect hero for right now – Patti and the crew she rolls with are diverse and multi-talented and at the same time very representative of the quarter of New Jersey where Geremy grew up and was inspired to make the film. The hate they encounter, I think, is relevant for right now.

The mother character, played by Bridget Everett, sings in karaoke scenes and I’m told she is a real cabaret performer in New York.

Yes! She’s a force. I mean, I tell people who come to New York, her show is the best thing you can see on stage in New York City. It’s hilarious and just incredible. I’ve never seen a performer like her. You see that part of her a bit in “Patti Cake$” but it's largely a dramatic role.

Geremy wanted women in the film who look like the women he grew up with, who are strong and don’t fit conventional ideas of what women on film should look like. I wish that didn’t have to be a political conversation, but it is.

Well, it seems like someone hit a grand slam on the casting for the major roles. Was that mostly Geremy’s doing?

Somebody said a huge part of directing is just being very smart about casting. So I do think he deserves the lion’s share of the credit. As producers, its part of our job to work with the casting director to put the right people in front of him. My producing partner, Noah [Stahl] put a photo of Danielle in front of him, he knew her work from two other indie movies, and Geremy instantly fell in love with her.

In terms of Bridget, Geremy had seen her on “Inside Amy Schumer” as well as a taped performance of her show and loved her. With Kathy Moriarty, he had worked with her on a short film prior to this one. And Sidd[harth] Dhananjay who plays the best friend is a guy Geremey came across on the Internet. He was still in college, actually. I reached out to him and invited him to the Sundance Lab to give a shot at playing with this role. And Mamoudou [Athie] who plays Basterd, we had to work with the casting director to search far and wide for him.

How long did this production take?

The original idea [Jasper] talked about back in 2007. Around Hurricane Sandy he was back in Jersey helping his parents clean up, he started thinking about the character in a different way, as a hero. He wrote the first draft in 2013, so it was about a four-year process.

What are you working on next?

Benh Zeitlin’s next film, which is exciting. And with the documentary filmmakers, the Ross brothers [“Contemporary Color,” “Western”]. So I’m really excited to be working with them again.