Show creator Joel Hodgson talks about the new cast and the live national tour. Aug. 10 at the Dominion Arts Center. 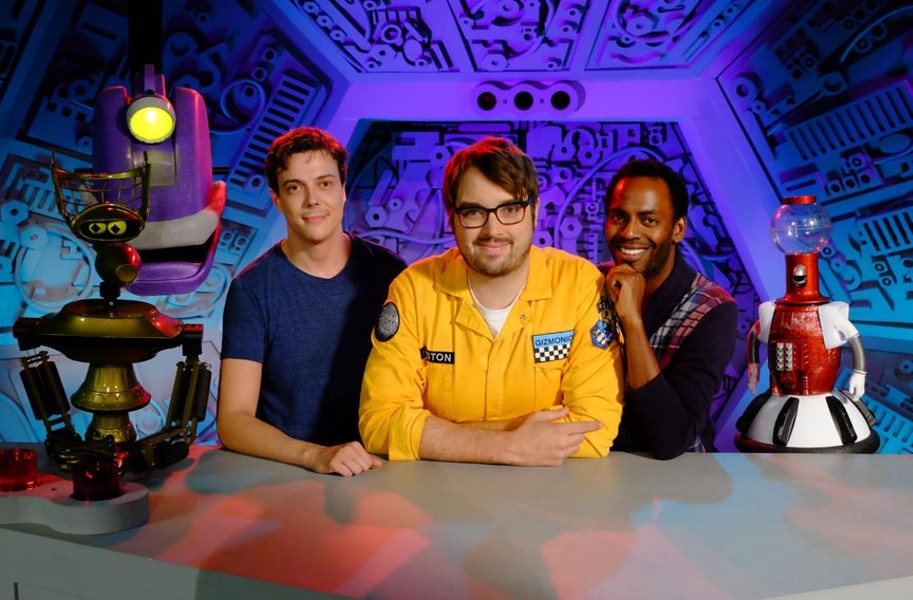 Satellite of Love Virginia native Hampton Yount, host Jonah Ray and Baron Vaughn are key players behind the resurrection of MST3K, which will be performed live at the Dominion Arts Center.

Fans looking for a hint about the secret, surprise film that will be screened when the “Mystery Science Theater 3000” live tour travels to Richmond this month can be certain of one thing, says creator Joel Hodgson: “It’s a really bad movie.”

Only in the world of “Mystery Science Theater 3000” — also known as MST3K — is that reassuring news.

“In my mind, watching ‘Mystery Science Theater’ is kind of like going into a haunted house with some friends: It’s a lot more fun experience if you don’t know what’s in there, what you’re going to see,” says Hodgson about the beloved cult cable TV show that makes fun of schlocky B-movies with such titles as “Manos: the Hands of Fate” and “Santa Claus Conquers the Martians.”

Thanks to a $6 million Kickstarter fundraising campaign, Hodgson revived the show this year on Netflix — 18 years after the cult favorite was canceled. 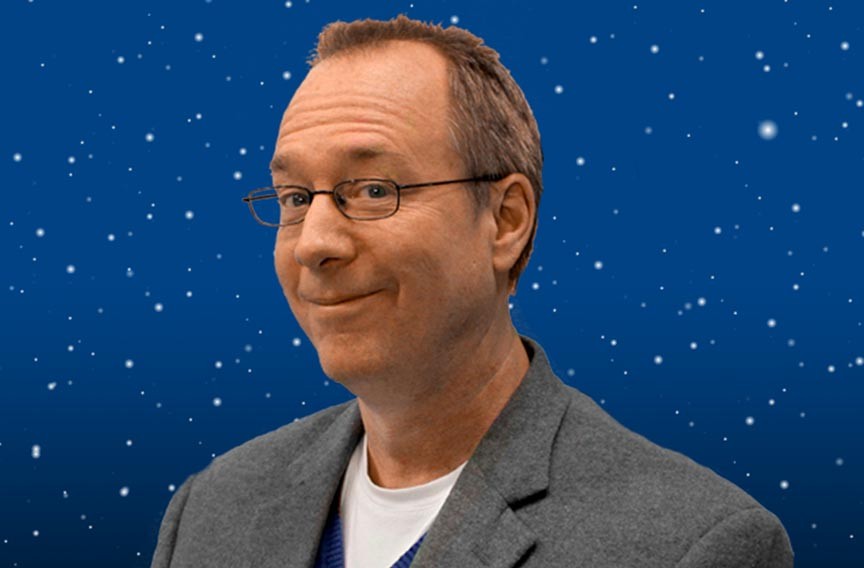 Featuring celebrity appearances from Mark Hamill, Jerry Seinfeld and Neil Patrick Harris, the 2017 iteration still follows the classic formula: A regular Joe is shot into space by evil scientists and forced to watch bad B-movies. The show’s host and his robot pals, Tom Servo and Crow, appear as silhouettes at the bottom of the TV screen during the movie, lobbing wisecracks and pop culture references. Sample riff: “Every frame of this movie looks like someone’s last known photograph.”

“This new cast, they’re all pros, and they just keep making the show better and better, adding new jokes, taking out jokes that aren’t playing as well,” says Hodgson, who says he sees the show’s first live tour as spring training for its next season. Netflix is expected to decide on a new season by the end of this month, and Hodgson is confident of its renewal, proudly noting it’s currently the highest-rated Netflix original TV show on Rotten Tomatoes, certified 100 percent fresh by critics.

Viewers of the new Netflix series may also be wondering if Ray, who is starring in the touring production, will remain as the show’s host after his character was apparently devoured by a robotic snake at the end of last season. “I can’t answer that, I can’t say,” Hodgson says, pausing before adding, “but listen, man, just by nature [of the fact] that he’s performing live should be an indicator that he’s not dead, you know?”

Hodgson made a name for himself in the early 1980s with recurring appearances as a prop comic on “Saturday Night Live” and “Late Night with David Letterman.” In 1988, he launched the original as a local TV show on a Minneapolis UHF station. It was swiftly picked up as a national cable series, airing first on Comedy Central and then Sci Fi channel, ultimately producing 197 episodes, 10 seasons and a feature film before it went off the air in 1999. Hodgson hosted it from 1988 to 1993 before quitting due to differences with the producer who owned the show’s rights.

The show’s second host, Mike Nelson, and his fellow performers Kevin Murphy and Bill Corbett later formed the successful comedy venture RiffTrax, riffing on movies without the show’s puppets and props. Hodgson launched a similar, competing project called Cinematic Titanic from 2007 to 2013, but he never lost sight of his masterpiece.

In late 2015, the entertainment company Shout Factory acquired the rights to the show, clearing the way for a partnership with Hodgson that has resulted in the Netflix revival and live tour.

“I just feel really relieved because I think I lived in fear of having this vision of what ‘Mystery Science Theater’ could be and not being able to do it,” Hodgson says. “Now that people can see what I was seeing, obviously, I’m much happier, and I’m so grateful people like it, and they feel like we stuck the landing. It’s similar to the old show, but it’s not a carbon copy of it — it’s not a love letter to the past. It’s kind of like a love letter to the future.” S