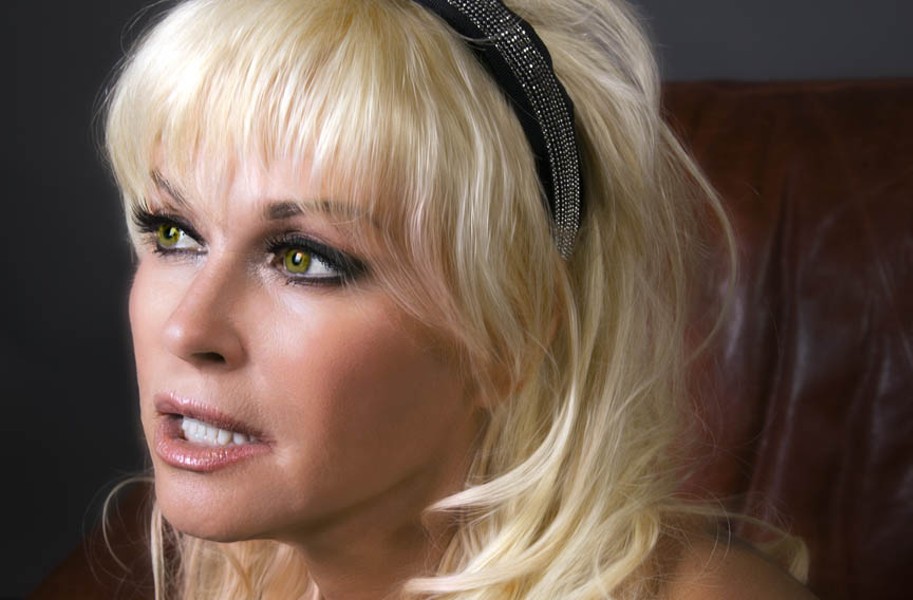 Country singer Lorrie Morgan has sold more than 8 million records and will be performing in the intimate Tin Pan venue.

Don’t get Lorrie Morgan started about the differences between men and women performers in country music.

“Men can come out hot and sweaty in a ball cap and that’s fine,” the singer says. “But it’s still tough on women out there because we have to look good. We have to worry about our age and the wrinkles and the sags and bags.”

Morgan made her first appearance at the Grand Ole Opry in 1972 when she was 13 and knows a little something about growing up in the music business. Her father was George Morgan, a country singer and member of the Country Music Hall of Fame who heavily influenced her both on and off stage.

She grew up knowing was that she was expected to uphold the Morgan name to the highest standards. “I thought [my father] hung the moon,” Morgan says. “He was the best singer and best entertainer I ever knew, so I knew I had big shoes to fill.”

She’s sold more than 8 million records, scored 14 top-10 hits, recorded a dozen albums — three certified platinum — and won TNN and Music City News’s female vocalist of the year four times, filling those shoes nicely. One of the youngest people ever to become a member of the Grand Ole Opry, she made history when she became a lifetime member at 24.

“It’s vain for me to say what he’d be most proud of me for, but probably my accomplishments in this business because I’m doing the things he knew I loved to do,” she says. It was her father who introduced her to records by Johnny Mathis, Andy Williams and Frank Sinatra, so she’s certain he’d have been thrilled that she was asked to sing on Sinatra’s final recording, “Duets II,” in 1994.

Morgan so enjoyed the 2008 collaboration, “Dos Divas,” with long-time friend and touring partner Pam Tillis that the two have recorded a second duet album to be released this fall.

At first, she jokes that all the song choices were hers — but admits that they each chose half: “Except we’re totally different in how we grew up. She was raised on rock ‘n’ roll and I was raised on country,” she says. “But we both agreed on what the other picked, so that’s the cool thing.”

Looking back at a 45-year career, Morgan has just one regret. “The only thing I’d change is I would’ve stayed more on top business-wise, more aware of who was handling my money,” she says. “If I could now, I’d go back and fire everybody.”

But a single regret doesn’t mean it’s been an easy road for a woman in the country music business. Morgan still doesn’t think women are treated fairly when it comes to compensation. Nor are women respected in the industry for their intelligence. “When a man walks in and demands to have this or that changed, he’s a smart businessman,” she says. “When a woman does the same, she’s a bitch. It’s still tough out there on women and especially as they get older.” She cites Cher, Celine Dion and Bette Midler as the exceptions to the music business’ aging rule. “That’s it.”

Her latest solo project, “Letting Go … Slow,” a return to classic country — with her voice in fine form — was released last year to widespread acclaim. That makes Morgan happy.

“At this stage of my life, I should be taking it easy,” she says. “But I’ve been blessed to be at the Opry, to sing, to meet people and see sights around the world. I still love making records, but not always being on the road.”

Morgan, who once dated an NFL quarterback and a United States senator, is currently married to her sixth husband. She’s gone on record saying that “drama is something that lets you know you’re still alive.” Her first No. 1 song, “Five Minutes,” and its refrain, “You’ve got five minutes to figure it out,” revolves around a failing relationship.

How does she feel today about those lyrics?

“It depends on the offense and how committed he is,” she admits. “Sometimes it takes longer than five minutes to repair.” S