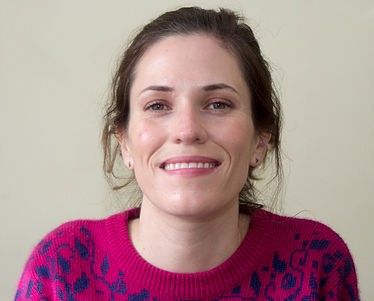 Emma Rathbone would like you to know that “Losing It” is not autobiographical.

Not that there’s anything wrong with being a 26-year-old virgin, like her main character. Rathbone lost her virginity in college, she says, “like many people. But it was late enough to feel anxiety about it.”

The Fairfax native has channeled that anxiety in a delightful, witty book, her second novel.

“I wanted to write something that would be funny and enjoyable,” she says. “But also maybe something people would recognize themselves in a little bit.”

Rathbone’s first book, “The Patterns of Paper Monsters,” was about a 17-year-old boy in a juvenile detention center.

“It’s easier to write about someone when it’s so different from you. There’s more clarity,” she says of that book. “When you’re writing about someone who could’ve been you, it can get muddy.”

In “Losing It” (Riverhead Books), Julia Greenfield, a former competitive swimmer, quits her DC job and moves to Durham, N.C., to stay with an aunt – on a mission to have sex for the first time.

Julia’s single-mindedness makes her self-absorbed, but full of droll musings on people’s viability as sexual partners. She also spends a lot of time imagining other people’s sex lives.

“When you want something so badly, it’s that thing where probably nothing is going to change after you do it,” says Rathbone. “When you overthink something like that, it becomes distorted. Then you do and it’s like, I’m the same person.” It turns out Julia’s aunt is also a virgin, a character modeled off one of Rathbone’s relatives.

“Maybe if she wanted to be with someone, she would’ve been,” Rathbone says. The book was “an interesting way to explore what makes a good life, what it means to want something desperately and have it not pan out.”

After living in Charlottesville for over a decade, Rathbone recently decamped for Los Angeles. She’s been tapped to write for Jenji Kohan’s new Netflix comedy series, “G.L.O.W.” inspired by the 1980s women’s wrestling show.