Interview: Austrailian Rockers The Church Find That Democracy Is a Key to Longevity 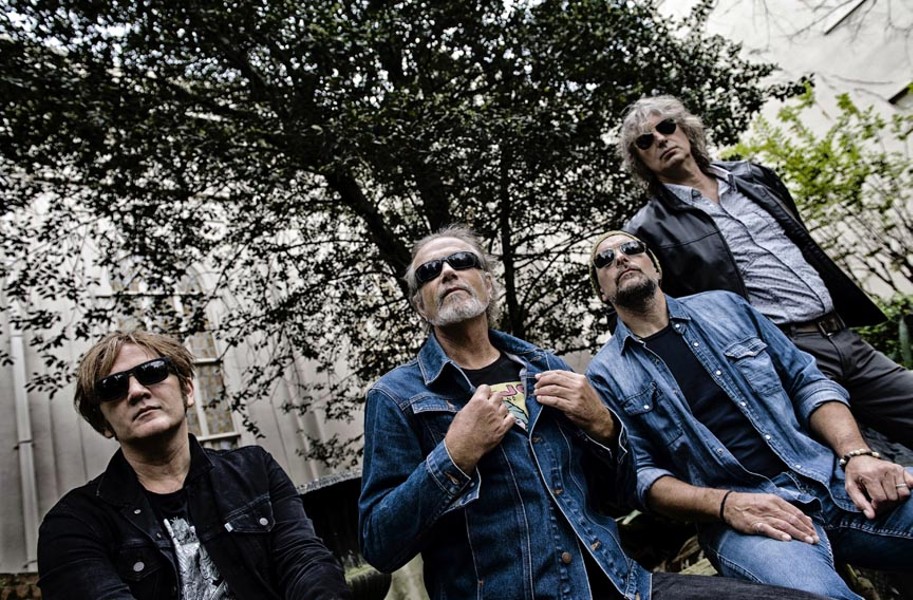 Australian band the Church, best known for a hit single from 1988, “Under the Milky Way,” returns to this country for a limited summer tour behind its 26th studio album.

The Church has been making its dreamy, psychedelic-flavored and determinedly original music for more than 37 years. The Australian foursome has remained largely intact through those years: founding members Steve Kilbey on bass and vocals and Peter Koppes on lead guitar are mainstays, and drummer Tim Powles has been with the band since 1994. Guitarist Ian Haug replaced founding member Marty Willson-Piper in 2013.

Last week the Church released “Another Century,” a single from the group’s upcoming — and 26th — album. As the band’s lyricist and primary vocalist, Steve Kilbey is often thought of as the band’s leader. But he maintains that the Church is something much closer to a democracy. For many years now, the band’s songwriting credits list all four members.

“I pretend to write a song in front of them so they can all have the credit,” Kilbey says, making sure to emphasize that he’s joking.

The band’s inclusive, give-and-take method of developing songs in the studio may have a lot to do with the Church’s longevity. “We just jam out some music,” he says, “and then I put words on top.” An audio document of the first step in process is “Bastard Universe,” a 79-minute instrumental track included as a bonus disc on the band’s 1998 album, “Hologram of Baal.” The sorts of sonic twists and turns, rises and falls, soundscapes and riffs that emerge in such extended improvisations are prominent features of the band’s concise album tracks.

Characterizing the upcoming — and as-yet untitled — record as “a strange little album, less mainstream than ever before,” he says that the band collectively wrote about 40 pieces of music “like a sculpture, a huge block of ideas you’ve got to chisel away at.”

The group whittled that list down and made demo recordings. “And then the boys argued it out, and I just let them go wherever they want to go,” he says. Kilbey’s clearly enthused about the Church’s new album. “It has some really good ideas and good melodies, but it doesn’t tread the usual path that we do; I’m not sure exactly why, but it’s just something different,” he says.

The Church is a beloved institution in its native country — the band was inducted into the Australian Recording Industry Association’s Hall of Fame in 2011. And while the group has earned consistently enthusiastic reviews for its albums, only a handful of the Church’s records have charted in the U.S., where the group is most known for its 1988 hit single, “Under the Milky Way.”

Former Powderfinger guitarist Ian Haug joined the Church on short notice after the departure of Willson-Piper — the latter’s distinctive guitar was a key component of the Church sound on its first 24 albums. Live onstage, Haug manages to convey Willson-Piper’s vibe while delivering the music in his own signature style. “He does have latitude to put his own spin on it,” Kilbey says, “as long as the idea of the [original] part is still there.”

The band’s democratic ideals extend even to each night’s song list. Of course, there are some numbers the fans absolutely insist upon, but Kilbey applies a laissez-faire attitude to the final choice of songs. “I’ll bow out of that whole argument and just let them do whatever they want to do,” he says. “I’ll just play whatever they come up with.”

Kilbey hastens to add that his approach to song selection is based on more than a bit of enlightened self-interest. “My whole philosophy with the band is that I pick my battles,” he says. “They’re a very opinionated lot, let me say that.”

As the Church approaches its 40th anniversary as a group, Kilbey is clear on what, for him, is the most fulfilling quality of the band. “This is a real cliché, but it’s the level of musicianship,” he says. “We’re like a flock of birds in the sky. We can feel things together, move together and anticipate each other. And that’s just something that comes with experience.” S

The Broadberry presents the Church on Thursday, July 6, at 8 p.m. Tickets ($27.50 advance, $30 day of show) are available online. thebroadberry.com.