Interview: How Tarrant’s and Max’s Are Moving Forward From Tragedy 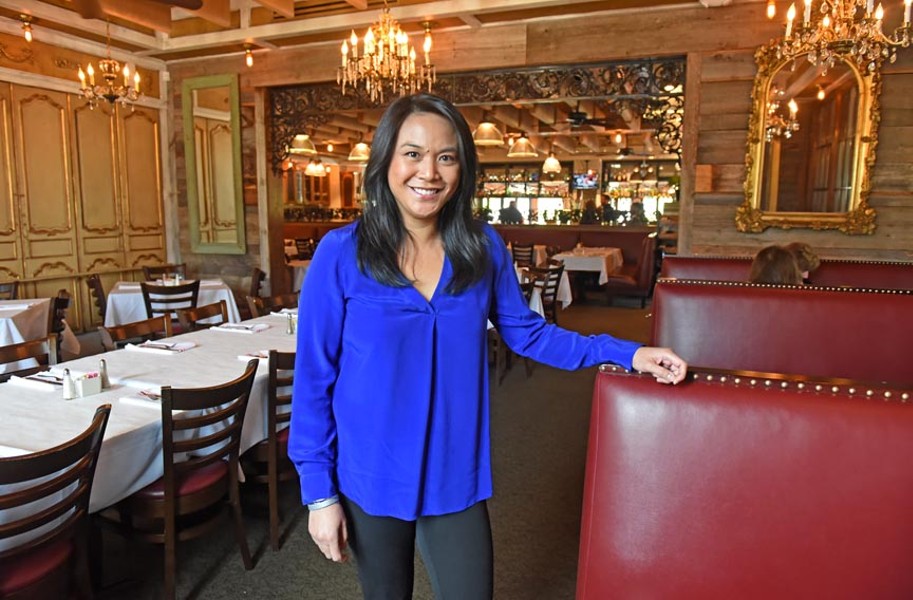 Ted Santarella’s death in August came as a shock to the Richmond restaurant community and beyond. Santarella was the owner of the 10-year-old, much beloved Tarrant’s Café, as well as Tarrant’s West and Max’s on Broad.

Now, two months later, his wife, Frances, is moving forward with the businesses — despite early speculation that she might sell.

Frances’ background is in advertising sales, including at Style years ago. After the birth of her son she came on board part-time hosting and expediting at Max’s, but otherwise she didn’t know much about the restaurant business when the reins were handed to her virtually overnight.

“He really did not want me to sell the business,” she says. “This is our livelihood and his legacy.”

It’s still difficult for Frances to talk about her husband, but she describes a man who worked hard while making time for his family.

Ted, in his 50s, had never married. “He was a late bloomer,” Frances says, laughing.

Ted grew up in New York and worked in restaurants up and down the East Coast before he landed in Richmond. Tarrant’s Café was his first business, and the tiny spot had to supplement its kitchen space by cooking dishes in the apartment upstairs. Success led to expansion and then to Max’s across the street. He opened a second location of Tarrant’s in the West End in 2014.

Ted met Frances six years ago, and they married in 2012. Frances, who’s from the Philippines, recalls that one thing drawing the two of them together was the memory of being hungry as children.

“That was one of the first things we talked about,” she says — “how important it is not to waste food but to respect it.”

Moving forward, she’s balancing work with parenthood. Their son, Max, is 4 and through careful scheduling, Frances has been able to dedicate several days a week to each of the three restaurants, relying on managers and staff to get her up to speed.

All of the places have different personalities, she’s discovered, and her main concern is to figure out how to make sure each gets what it needs to continue to be successful. She recently hired Sean Rapoza, husband of Liz Kincaid, the company’s chief operating officer, to come onboard as Max‘s general manager.

“Ted’s philosophy was to make sure our guests left happy — and full,” she says. “He’d walk around and ask people, ‘Did you get enough to eat?’ And if they hadn’t, he’d get them more food.”

With 250 employees — many of whom have been with Ted from the beginning — Frances feels like she must keep moving forward. She’s had little time to process her grief, she says, because everything happened so fast. She’s focusing on this first year and says she’ll figure things out from there.

“I think about what Ted would want me to do right now,” Frances says. “He’d probably want me to hippity hop and work. He’d say, ‘You need to be productive and run these restaurants the best you can.’”