Welcome to the Richmond music scene. What do you need to know? 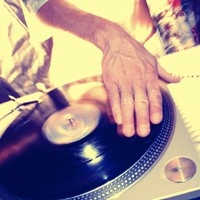 The two releases from Homemade Knives — “Industrial Parks” and “No One Doubts the Darkness” — are adored by fans and critics, which makes the following news especially noteworthy. After what many presumed to be a permanent hiatus, singer and songwriter Wil Loyal has reassembled the indie-folk group with original members Chris Carroll and Ryan McLennen. He's also added longtime collaborator Anousheh Khalili, who most recently toured with DJ act Deep Dish, and the inimitable Jonathan Vassar. They're writing and recording a new full-length and you can catch a glimpse of things to come when the band plays its first show for the Listening Room series at the Michaux House on May 25.

And that's just one of the projects on Vassar's plate. Besides a new EP and split 7-inch with And the Wiremen, Jonathan Vassar and the Speckled Bird are readying their first full-length, “Signs and Wonders,” to be released on Triple Stamp Records later this year. One of their own, multi-instrumentalist Josh Quarles, is on engineer and producer duty, running tape in-between the sounds of motorcycles, trucks and the Irish Festival, which permeate the Church Hill studio. Percussion for their gothic Americana tales is being handled by Scott Milstead of Near Earth Objects and Carbon Leaf, and Willis Thompson of the Diamond Center.

Thompson is also collaborating with Jonathan Vassar and David Shultz on their forthcoming split record. After playing a show with Vassar for the Live at Ipanema series, Shultz and his band the Skyline left on tour with Thompson's other band, Thao and the Get Down Stay Down. Upon his return, Shultz was determined to extend his creative partnership with Vassar, so they asked Thompson, Grant Hunnicutt of River City Band and Mermaid Skeletons, and the Skyline's Marcus Shrock to help them flesh out five songs from each songwriter. “Ophelia” will be the first vinyl release for Triple Stamp, named after the river house where they recorded.

David Shultz and Skyline, as well as the Trillions, will be the support acts when Horsehead releases its new record May 1 at the Canal Club. “Before the Bright Lights,” recorded with “Dan-O” Dan Deckleman at Snake Oil Recording, is the alt-country band's third full-length. Guitarist and vocalist Jon Brown has also teamed up with Wes Freed of Dirtball and the Shiners as the Magnificant Bastards.

Richmond punk rockers the Riot Before say a new record, to be released April 27, will set the record for most drinking references in their discography. Seriously though, the band is extremely proud of “Rebellion,” and for good reason. It was laid to tape at Magpie Studios in D.C. with producer extraordinaire J. Robbins of Jawbox, Jawbreaker and Against Me!

Release No. 13 for Richmond's Rorschach Records has had its share of bad luck, including lost masters and test presses mailed to the wrong address. But things are looking way up now that the new Ultra Dolphins album, “Alien Baby,” is on store shelves. The chaotic rock trio, bassist and vocalist Tim Morris, drummer and guitarist Nate Rappole of Gull and Snacktruck, and drummer Frayser Micou of Snacktruck, recorded the nine tracks last summer with Steve Roche at Permanent Hearing Damage in Philadelphia. Older and out-of-print Ultra Dolphins recordings, including cassettes and 7-inch releases, will be available soon on one record, the aptly titled “Old Bits.”

Municipal Waste helped revive old-school thrash and maybe guitarist Ryan Waste can do the same for the new wave of British heavy metal. For his new project, Volture, Waste switched to bass, then called up guys he knew could get the job done. Sick shredder Nick Poulus of Parasytic and Cannabis Corpse is on guitar and veteran J. Barry Cover handles the drums, but the vocals of Brent Hubbard of Immortal Avenger made it all possible. “His natural singing ability floored me upon first note and I knew we needed to start a band,” Waste says. Volture is recording a six-song record called “Shocking Its Prey.”

Inside Track is compiled by Mike Rutz of “Activate!” on WRIR-FM 97.3.